A Smaller, but Still Considered, Reply to GABS Comments

As GABS Hottest 100 rolls round, I eagerly wait to see all of the trash people type into Facebook comment boxes so I can pull out the worst and pedestal them up for us all to laugh at. Unfortunately in 2021, I can’t bring myself to do it anymore.

Not because I have lost anger towards those who say deadshit things on social media, because if the last four years have shown us anything it’s that unfettered deadshits online is a dangerous thing, but rather none of them are saying anything interesting. 99% of the negative comments are people saying “Dan Murphy’s Hottest 100”. I don’t know if people are getting lazier in the pandemic or what but I only found two actually fun comments. One was that Stone & Wood is for guys with white jeans and moustaches and the other was about hipsters having “man buns”. Which is just sadly outdated more than anything. 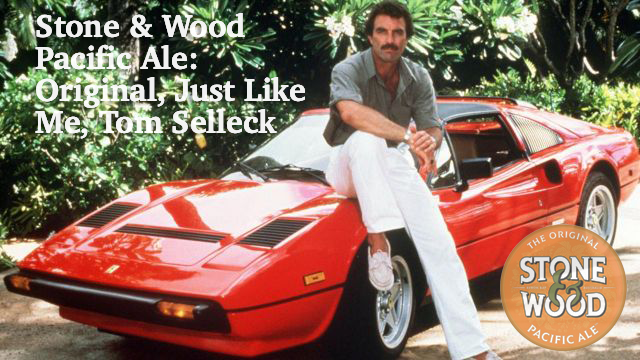 I do want to make it clear: we weren’t short on comments that sucked, but pointing out that Dan Murphy’s (which accounts for something like a third of beer sales in the country) and a popularity contest for beer have some commonality isn’t exactly groundbreaking stuff and I’ve already stretched my material on that thin as it can go.

There was another dude that commented on Black Hops GOAT being a “Dan’s beer” but he still liked it. We didn’t even have “hazy” IPA in Australia until late 2016 and now they are consistent and plentiful enough to get national distribution and these blokes (always blokes) ticked a couple Mountain Cultures in the last 12 months are suddenly far too cool to even consider a beer with wide distribution worthy of their time. Oh shit you got the Carwyn Advent calendar when are you and two mates going to open that brewery?

Which brings me to all the comments ignoring or downplaying the winner: Bentspoke Crankshaft. An aggressive IPA from a husband and wife team with lineage in the industry way before you all pretended to know your DDH Mosaic and Citra Oat Cream IPA from your Citra and Mosaic DDH NEIPA with Oats. You never sipped a brown ale off a Wig n Pen handpump and it fuckin shows bro. The fact that it is considered a mainstream beer worthy of being named best in Australia says far more amazing things than it does bad. Not even five years ago we used to fight for a sip of anything halfway decent on the other side of town. Spending hours on public transport because some brewery released a yoghurt-bomb fruited sour. Choking it down all “we’ve come so far, truly a golden age to drink this one dimensional trash”.

In summary, having too few comments worthy of pointing and laughing at is not a failing of me. I thought maybe this was me losing interest, but no, it’s on you. All too uncreative, uninteresting and uninspired.

Oh there were also a couple of racists ones too. They can fuck off.

If you want more. Just go re-read the previous ones. You’ll see I was complaining about Dan Murphy’s comments before any of this current batch even had an opinion about lactose.