Seltzer? In this Country?

A critical look at SOMMA

For anyone in the beer industry the sudden interest in “hard seltzer” has been… interesting. Even more-so for those of us outside of the USA where seltzer doesn’t actually mean anything.

The last 12 months in the US market have been kind of a tipping point for hard seltzer. As Bryan Roth at Good Beer Hunting noted earlier this year: the top two hard seltzer brands in the US (White Claw and Truly) sold the equivalent (in dollar value) to Sierra Nevada and Samuel Adams’ beer portfolios combined (great for Sam Adams’ parent company, which also owns Truly).

Now, we are seeing them appear in Australia in the form of Quincy from Lion, and SOMMA from Coles/Liquorland. The former leans into the “hard seltzer” name, whereas the latter just says its “alcoholic mineral water”. Also literally every other drinks company is working on one, including small brewers. A lot have told me “off the record” but like, it’s a giant untapped market segment. “Oh you’re thinking about making money off it? How can I ever keep ‘companies are going to make products people want’ a secret?” 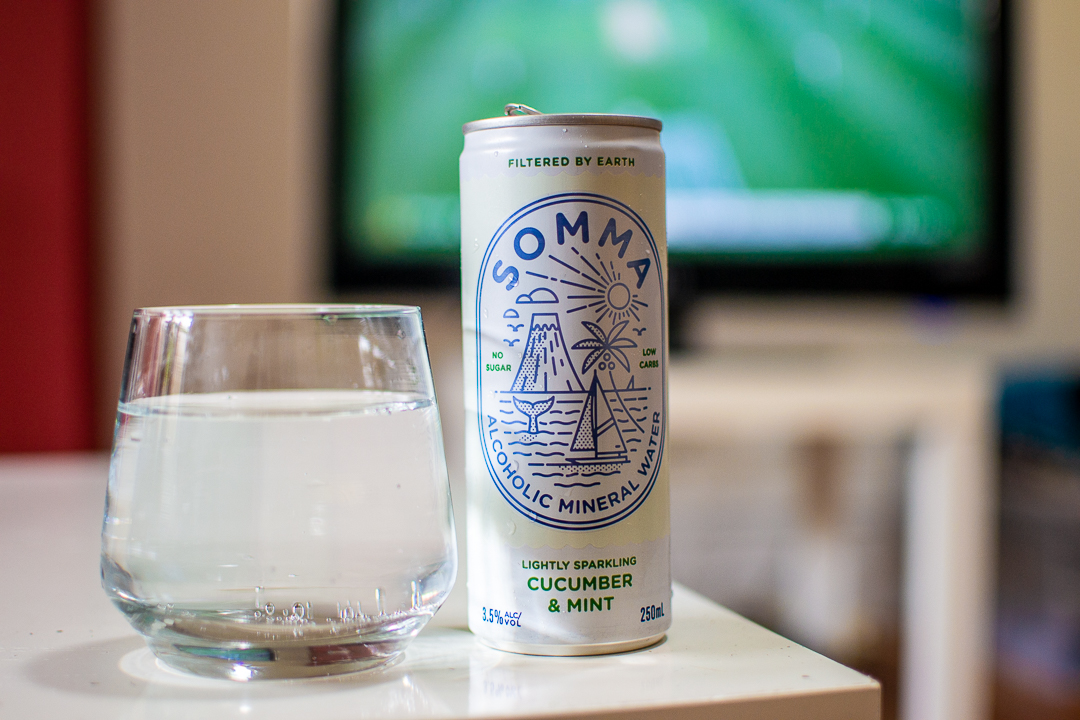 The first question is “aren’t they just UDLs/pre-mix drinks?” And yeah. Kind of. Some aren’t – and are fermented simple sugars, water and flavour (which is why they are suited to breweries). Others are water + alcohol, and a little flavour. They claim to be healthier and have no added sugar or low sugar, and I started looking at the details around kilojoules and calories and carbs but honestly I do not understand how it all shakes out when alcohol is involved. I think it’s probably slightly better for you than a full sweet sugar Vodka Cruiser, but how much? I can’t say. It’s alcohol. It’s all not-great for you. Go read a health blog if that’s the info you are after.

I haven’t come across Quincy on shelves but I pointed out on social media that the successful template in the US market is white cans with bold colours while Quincy has gone with old-timey looking bottles in washed-out colours. It looks like tonic, and with everything alcoholic going into cans these days, bottles seem like a ridiculous move.

SOMMA, I could find. So I coughed up $10 for two cans at my local Liquorland. 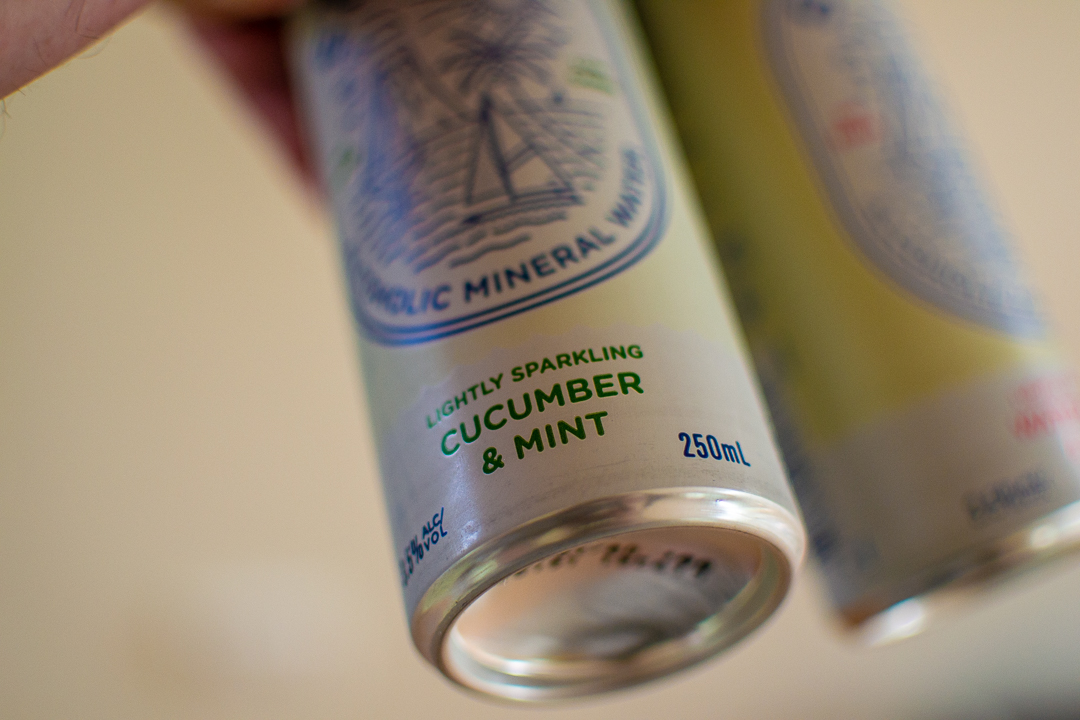 It comes in two flavours: Watermelon and Lime, and Cucumber and Mint. The can is white with colour accents, in the US model, and has a pretty nice illustration on it. They are 250ml and talk about volcanoes and natural filtration of volcanic water on the back. I don’t know how true the claims are but it has been pointed out that somma volcanoes don’t actually exist in Victoria (where the water comes from). However, they don’t actually claim somma volcanoes on the tin so they aren’t lying and is anyone really going “well if it’s regular volcano and not somma-volcano-water it can get the hell out”?

Anyway, I like the look but at $5 for 250ml of 3.5% sparkling water and “natural flavouring” I’m wondering where the value is. It’s probably a tax thing (Quincy, for the record, is made with rice and hopped to 4 IBU so it gets taxed as a beer and not an alcopop. Highlighting how flexible this category is. Edit: The big players in the US are also taxed as a beer, and are fermented like a beer except using simply water and sugar).

The liquid is clear and gassy at the start. The cucumber and mint smells pretty good. It tastes fine… at first. There’s cucumber, there’s mint. Both there. A literal “does what it says on the tin”. About halfway through though, the cucumber starts melding with the carbonic bite from the carbonation and it starts getting pretty annoying. The carbonation dies, and as it warms up it gets sickly and sweet. Not a chore to drink but not exactly blasting my nips off. 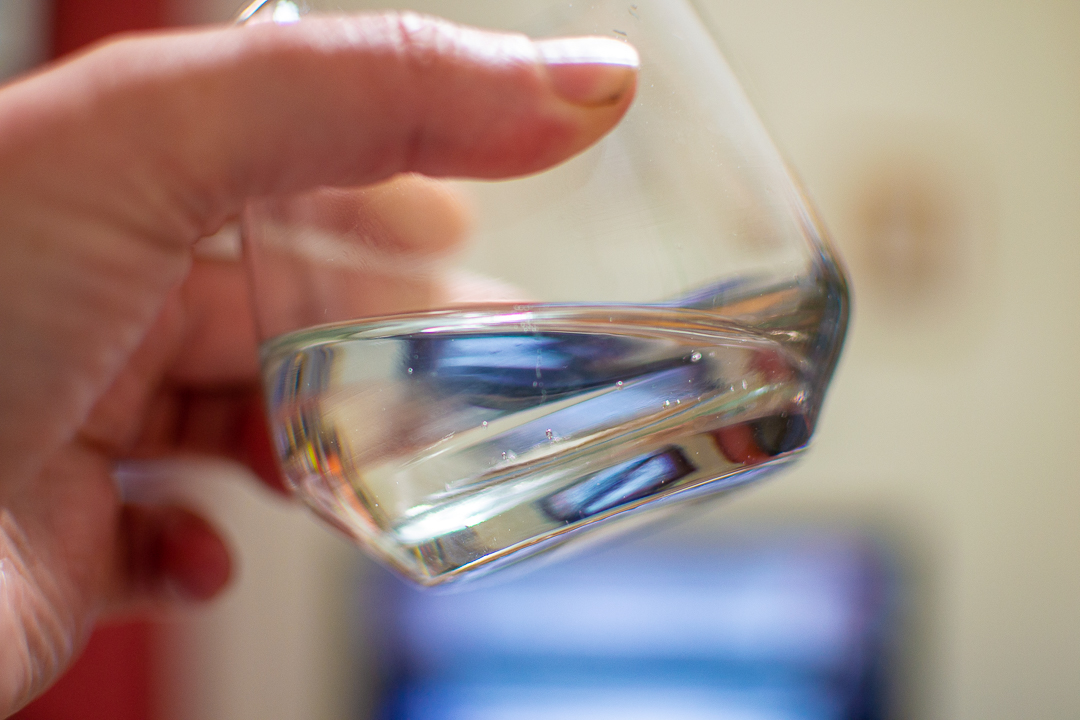 Watermelon and Mint is a different story. Different in the sense that as soon as I poured it I knew it sucked. I made a “eugh” noise at the smell. All sugary fake fruit lollies dripping out of the can and I knew this wasn’t for me. I battled on. It sucked. I have a stomach ache. 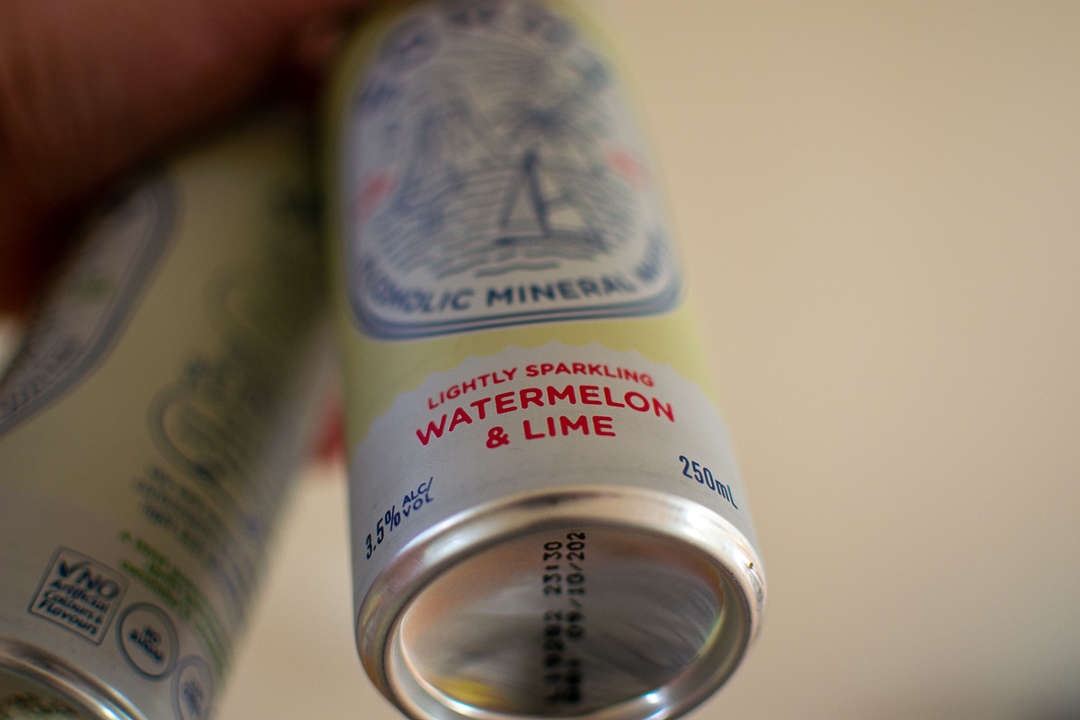 I’m told these aren’t good examples of hard seltzer, and I’m not writing off the style completely. I love soda water. I bloody love it, in fact. And I love low alcohol, lightly flavoured drinks on a hot day. A dash of gin, with soda and lime is one of my favourite things after a few beers. I was hoping that these two would recreate that bubbly mood. They didn’t. I’ll move on.

(Cue: ‘wtf this isn’t beer why do people keep talking about it on beer sites’ complaints. To them I say “I don’t know man, who cares aye?”)