Oh shit, back for the new year with another installation of the most half pie beer news wrap in Australian beer.

haha just kidding. We don’t need to talk about that any more or ever again.

By the look of it, they made Crown Golden Ale purely to sponsor horse racing and other sporting events. The latest hilarious chapter in this irrelevant beer’s history is Australian cricketer David Warner being awkwardly handed one on stage at some cricket awards night.

David Warner, a cricketer is on a self-imposed ban from booze. In his own words:

“In the past, you can do a lot of stupid things when you’re out there and you’re on the drink. I wouldn’t say I got out of hand a lot, but it’s the discipline side of things to tell myself and show myself that I was capable of doing that.

It’s just something that I was trying to get through the tours (we’ve had) and the tours that are coming up you don’t want to have a disadvantage in any way.

I’m trying to put my best foot forward and get my body right for my team.”

Good shit. I have great friends who don’t drink for the same reason. They go from all round good fellas, to crazy psychopaths. Admitting that it’s causing an issue and taking steps to stop it gets a big thumbs up from me. Alcohol is a pretty harsh drug at the best of times.

Of course, when the sponsors are paying a crapload to get their product at your ceremony you best screw up your face and choke it down. And hilariously, he did.

It’s shit that he has to apologise for it. Maybe “hey I’m sorry that peer pressure still exists in a room full of adults and I have to do something I don’t really want to do as a result”.

Nice one Crown and Cricket Australia. You tossers.

VB gave Quentin Tarintino a bunch of personalised cans to shill their product and everyone was like “omg look at Tarantino smashing tinnies”. Pretty good marketing really. Let’s face it, their fanbase are generally sweaty, rambling, and dying to use a racial slur at the best of times so if you are looking for a brand fit, look no further than this guy. 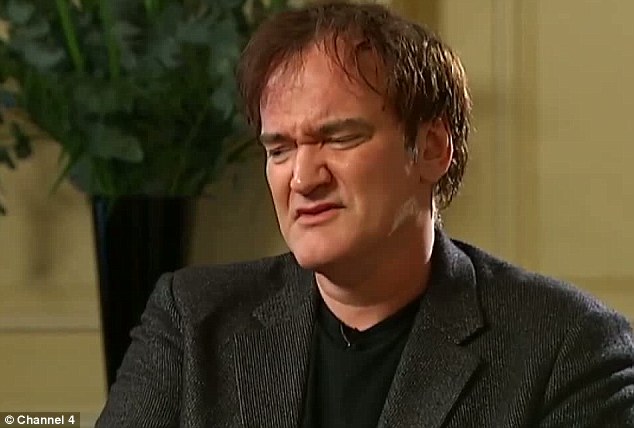 The movie he was out promoting, The Hateful Eight, was awesome though.

People have been trading beer for goods and services on Facebook. Seems fine, but probably breaches some laws. It’s been shutdown by the authorities in Queensland as a result.

I feel like the real story is going overlooked here, and that’s the two examples they used are an orange fascinator (tiny hat sans hat and just feathers and a clip) for “COLD STUFF”, and some stair railings for a six pack of Bundy Rum. Neither even specified beer and holy shit that is some junk.

The word “un-Australian” was used frequently in reaction. Overlooking the fact that liquor laws are pretty fucking Australian.

The Worst Beer Column Of All Time

Fuckin’ Ray’s Rant mate. I wonder how much Ray got paid for this ripper of a rant.  Probably not enough as he wheeled out the tired sanctimonious bullshit about the Bavarian Purity Law and how craft beer beer drinkers are hipsters.

Here’s a tip Ray, if you want to whip the masses into a frenzy with a half-assed clickbait beer column, at least fall on one side of the fence and not criticise the hipsters AND the blue singlet wearing high-vis crowd. The only people still clinging to the premium irrelevance of “international” lagers are the pompous baby boomer set who are far too busy speculating on house prices and wondering when swinging will come back into fashion so they can finally throw their keys into a bowl and bring some excitement back into their sad lives to give a crap about something as trifling as your headaches.

The other demographics are either the same people wearing hi vis (so you shot yourself in the foot there buddy), or people so indifferent to the idea of anything interesting that it’ll take a hell of a lot more than “Ray’s Rant” to trigger them. Maybe mention that the baby boomers are buying up all the houses, that’ll trigger them for sure. Stick with me Ray, with your Rant and my insight into demogaphics, we could go a long way.

No longer the king! Remember that draught dispense system that Lion bought out that was never going to be a success? Guess what? It wasn’t a success.  Looks like trying to sell premium accessories to those who are buying the most apathetic beers just doesn’t work.

And to think, people get paid a lot of money to come up with these ideas.

Here’s a free one: Redesign it like a penis, have it make a fart sound and sell it to men who think “Man Cave, Man Laws” signs aren’t just a funny sign, but rather a necessary thing to hang in their sheds. Living their lives forgetting that “men” have made over 99% of all laws throughout history. And look how far that got you, you sad fucks. Having a sad wank in your shed while you loathe your wives.

Resuable And Easy To Use Can Holders

Are still tripping people up. Seriously. It’s 2016. Time to get your shit together.

This is a pre-warning… the 500th anniversary of this law is coming in April. Prepare yourself for a bunch of bullshit and purity laws and four ingredients and tax and I am bored already. However, this is actually pretty good and I learned something. So read this and get enough knowledge so you can get into some awesome debates about a fucking tax law.