This month’s news wrap! The first. Get psyched.

On the back of their barrel room opening, we’ve seen a bunch of new beers from Boatrocker. Just spitfired out to the public and taking chunks out of your wallets. They are all called something foreign or made up or something. I can’t even remember and will probably get them wrong when sidling up to my local bottle shop all “hey you, got any of that Lachouette” when I really mean “LaBraebette” like a noob.

Sit quietly in any craft bar in the country. Go on.. just sit.

Hear those rumours? Yeah, sales reps and bar staff can’t help but have a natter not realising that you’re sitting there taking it all in.  It’s happened like 4 times to me already in the last two weeks. I don’t even need to work contacts in this industry with all these loose lipped mofos abound.

Continuing to go hard with heritage brands now CUB are jumping around the media saying that heritage brands are just like craft because people like local and local stories. Because some brand they bought like 100 years ago that no one gives a crap about is super local.

CUB are releasing the 12IBU TB Pale. Because you want a historical brand to be associated with a historical epidemic, right? Lion are just putting town names on beers (that may have happened last month but you don’t make the rules here, I do)

They have a new ad campaign out. It’s ridiculous. Like, Tim and Eric ridiculous. Maybe it’s a collab with them in the vein of all those band-and-brewery; or bar-and-brewery collabs that are 12 for 10c these days. If it is then it’s crazy good really.

Basically in the ads they are saying their beer is brewed with Hops, Barley, Yeast and a range of other things. In one case “daring” and in another “scars”. They seem to forget “water” but that’s not important really.

This isn’t made up for comedy either. They actually exist. This one is definitely my favourite: 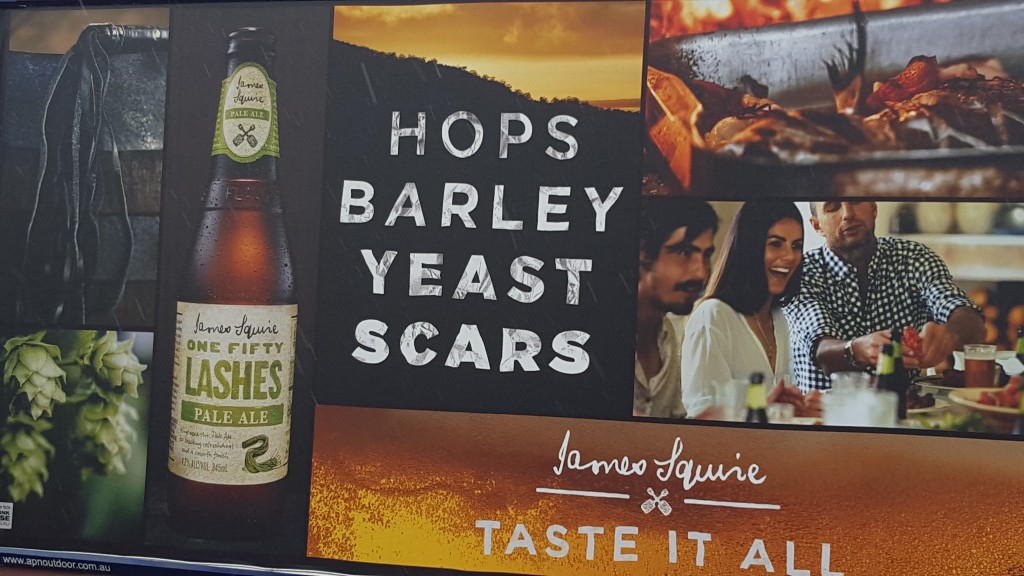 If the word “scars” doesn’t turn you on then the leather cat-o-nine tails in the top left definitely will.

Just look how much rugby superstar Quade Cooper is into it… 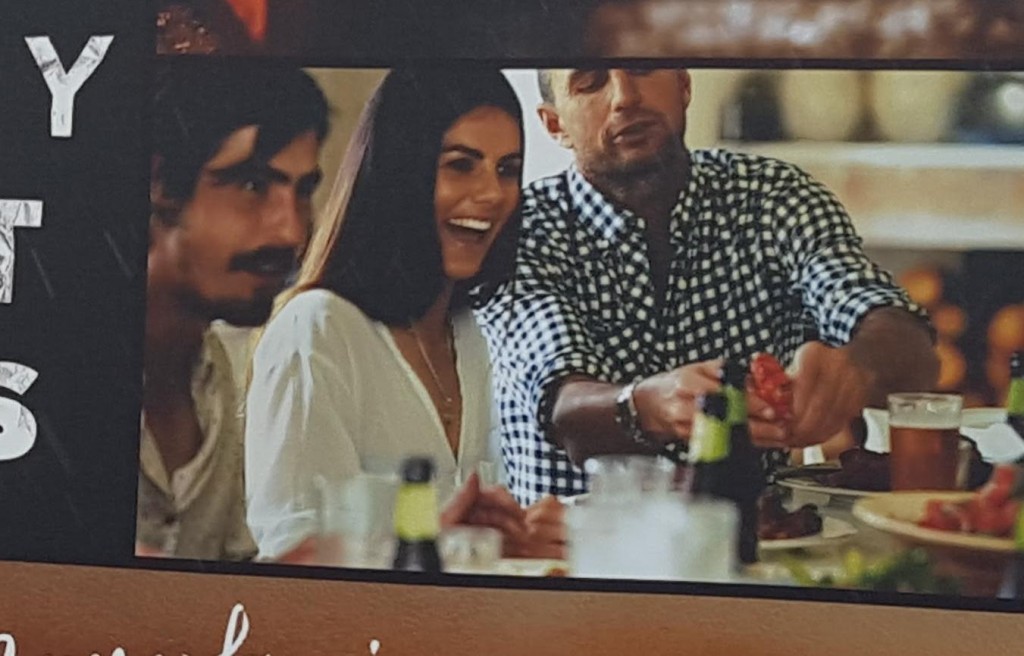 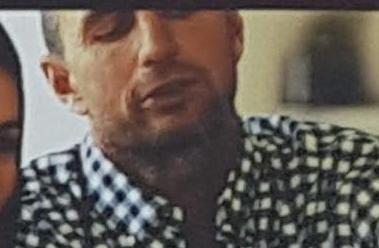 The designer just having lols when using that photo.

Only two months ’til their dining hall closes on Brunswick St in Melbourne. In the wake of White Rabbit closing and moving, and the cessation of their much enjoyed Single Batch program, it’s really great to see that big ownership is having no impact on the overall brand.

Speaking of… has anyone heard from them lately? I’m seriously a little concerned.

You know we all hate big ownership because we are “Tru Craft”… has anyone noticed Golden Road (recently just purchased by ABInBev) just rubbing its grubby little paws all over our craft couch and no one has even given a crap? They have launched hard in Australia and by all accounts their beers are pretty good. That’s not important for all us beer hipsters though so team, get boycotting.

Oh and some big brand dropped a bill on Ballast Point (I had their Grapefruit Sculpin recently, pretty delish). When I say “bill” I mean “billion”. That is serious cash.

The Canberra brewpub helmed by former Wig & Pen brewer Richard Watkins is expanding into a second space which will be their production brewery. Being based in Canberra, who even knows what their beers are like? Probably a bunch of public servants who are all “yeah love the IPA, oh shit gotta go write a speech or something boring”.

Either way, there will be packaged product so us non-public servants can have a sneaky taste.

The head Head Sam Calagione has teamed up with a couple of aussies to put out a new magazine called “Pallet” with speculation whether they made a massive mistake and meant to call it “Palate” but got mixed up and used the wrong one, or it was an intentional play on words. Definitely the latter but there were peeps on social media like “omg these guys are idiots”.

Anyhoo, it’ll be launched here in Australia at the end of this year/start of next. Because either side of New Years is a great time to launch a magazine and have an event.

That wasn’t faceoutious btw. There is literally nothing else happening short of shithouse new years parties that no one likes, and cricket that everyone pretends to be super into for like, 2 days.  And 90% of bars and pubs are closed. Ugh, that time sucks. Who wouldn’t want to tick a bunch of DFH beers? I think the events are sold out though so, you’re too late.

Did anyone see that ridiculous ginger barley wine they’ve released? You know those dudes who have the chilli beer, ginger beer (which I reviewed ages ago) and mango beer. They’ve just said “screw it” and dropped an 11% rum/oak spiked barley wine. That’s pretty interesting really.

Their stupidly high abv IIPA Tusk was wheeled out across the country. Everyone pretended to be excited but it seems that “Tusk Day” still hasn’t taken hold and it’s still on tap at a few places. Certainly the place we visited wasn’t pumping and I’m not sure if Aussies really have it in them to do big release days like them cats in the USA.

Either way, their Barrel Fermented Hog that was sent around at the same time is probably the best beer in the country right now.