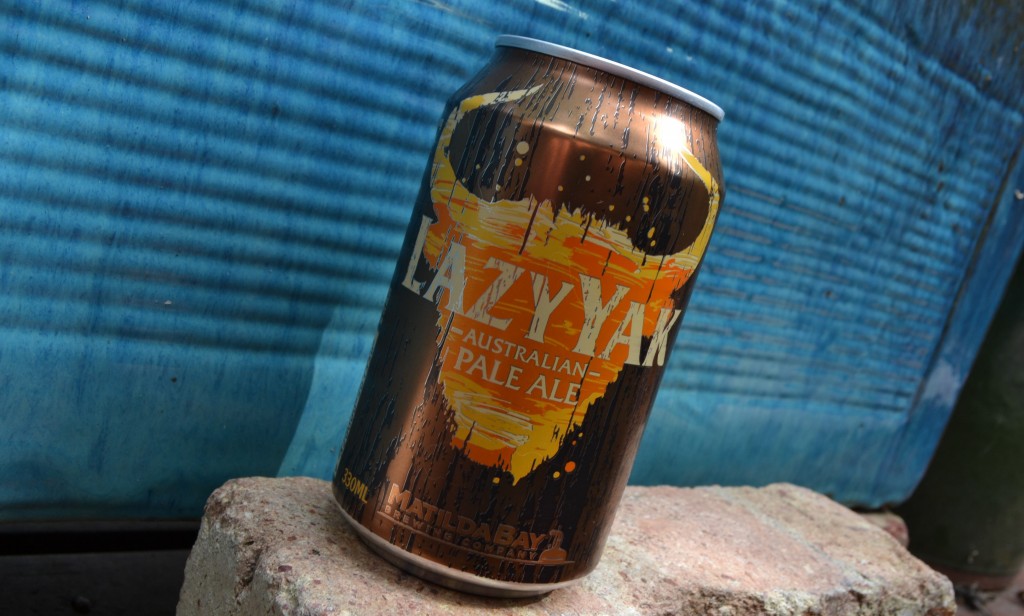 Back in July (2015) I looked at the struggles CUB were having finding an identity for the overall Matilda Bay/Fat Yak brand. One that is beloved by long term beer fans and continues to find new drinkers.

It should be a sure fire hit (and Fat Yak definitely is) but they just can’t seem to make it fit into a clear strategy.

While I’m a little late to the party on this update, it seems they have settled on a name for the Yaks Fat and Lazy (as of around November last year), predictably going with “Yak Ales”, and have used that to sponsor a series of BBQ events coming up in Australia.

A good move. American-style BBQ and similar foods are often attributed to driving the acceptance of beer as an accompaniment to food and Fat Yak and Lazy Yak are well suited to a summertime BBQ festival. Unfortunately, here is where things get confusing… again.

Firstly, the change to “Yak Ales” seems to have only been done on limited social media channels and the sponsored BBQ events. The packaging I bought for the above photo still says Matilda Bay, the Matilda Bay website still lists Fat Yak (not Lazy Yak, but that was never listed there in the first place), and there is no Yak Ales website.

This is despite this Facebook post which said the Yak pair were moving off on their own: 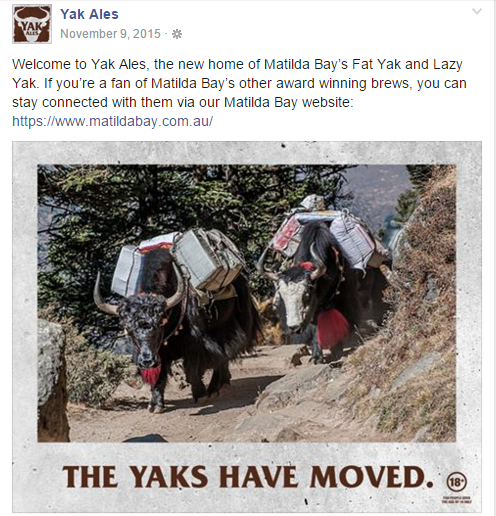 When they say “have moved” what they have really done is just change the Facebook page name from Matilda Bay to Yak Ales. So now Matilda Bay has no Facebook page. However they still link to the now-renamed Yak Facebook page from their twitter… a twitter that hasn’t been updated since 2014 (when back then it would’ve linked to the Matilda Bay one, which no longer exists).

So in summary: Yak Ales only exists on Facebook, Instagram, and for BBQ competitions. They haven’t moved from Matilda Bay anywhere else, with the packaging still saying Matilda Bay, the website not being updated,  and neither having making mention of Yak Ales.

This is so confusing.

Also as a note, they’ve also attempted to do the one image collage trick on instagram which hasn’t really worked out for them. Note the random panels that have been shifted down breaking their collage (which inevitably happens to all brands trying this): 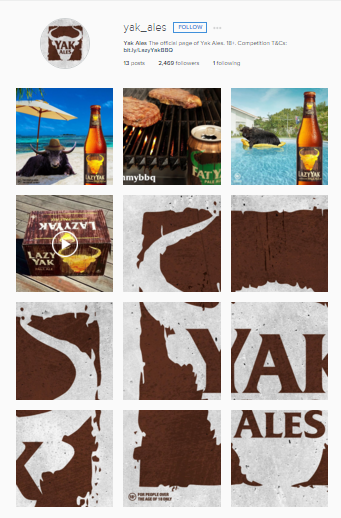 Although they aren’t the only big brand craft beer to have this problem with their instagram: 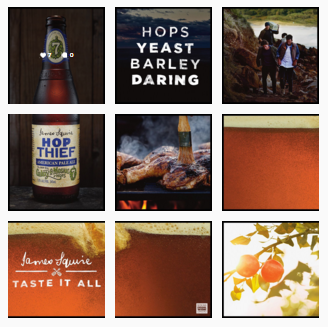