The fourth in this five-part dark beerstravaganza is from Australia’s former imperial stout champs. I say that purely from my own perception, of course, but it seemed there was a time when Murray’s were just dropping imperial stouts left, right and centre. Now from where I am in cold old Melbourne it feels like we haven’t seen them around this way for a while and someone like Boatrocker, and their much lauded Ramjet, has taken the imperial stout title – I’m fully aware this is an entirely made up title based purely on my own observations and no real basis in fact. Here we are though, stay with me.

I’m not completely across what’s been going on at the brewery but I will say it was nice to get sent some beers recently from them, and always good to see a brewery that’s been around since 2006 back firing new beers around. This year they’ve added a core range XPA to the lineup, plus a limited release IIPA and a Gin-influenced IPA. It’s also the first time their beers have gone into cans. 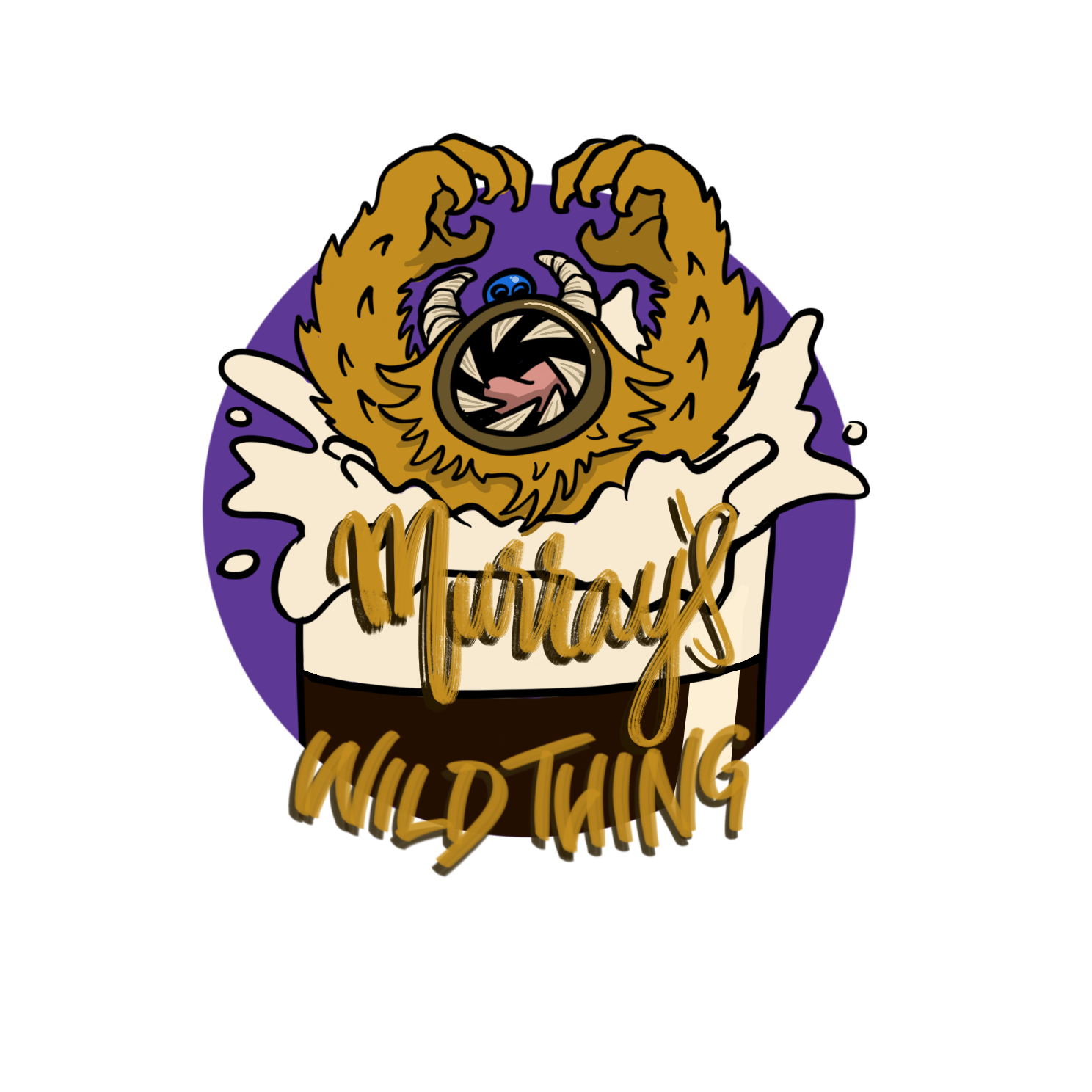 As per the previous three in this week of dark beers, artwork is from Andrew Saltmarsh. I’m pretty sure he hadn’t seen their labels before approaching his but check out how close his hand lettering is to their brand font, by pure fluke.

This is a 10% Imperial Stout aged on whisky staves. That means it’s not barrel aged, but rather wooden barrel staves soaked in whisky have been stuck in the beer to impart flavour. I don’t know if people have an opinion of these either way, and whether or not they are better or worse than barrel ageing but given barrel ageing is an incredibly complicated and nuanced topic I’ll say this much: I believe people definitely do have opinions on it.

It smells a little hot, in that fusel alcohol sense but not over the top, and there is a hint of ashy chocolate underneath. Tastewise it’s a bit of a journey, as it starts smooth but not crammed with flavour, before the whisky and oak starts to come out. Then it’s followed by a bit of sugary sweetness, and then an incredibly intense bitterness. The kind of bitterness that gets a little salty on the palate (well for me. I remember reading an article about that flavour somewhere, but I can’t find it. If anyone knows what I’m referring to, let me know). However the intense bitterness really helps keep everything together. It feels like the whole time you drink this you are dancing on that knife edge between smooth mouthfeel and harsh flavours; or whisky and oak and sweet and bitter.

It should have gone completely wrong but it somehow keeps it all together and is consistently enjoyable. It might be a bit intense for some, as it is certainly about big flavour; and in a time where breweries are starting to find more refinement even in the biggest of beers it seems this is a bit of a throwback to the full on intensity we were seeing a few years back, but in this case that isn’t a bad thing.

Given the intensity, you really need to bring some fire into this, and I’d look towards a chilli-spiked dessert. I remember having some sort of spicy dessert at a Mexican restaurant that had paprika and salt worked in as well. Something like that. I forget what the rest of the dessert was, but it came with mango ice cream too. Yum.

For more beer tasting notes and food pairings, seek out my upcoming book: Keg Bottle Can – Best Beers For Every Occasion. Murray’s Anniversary Ale is featured in the Cellaring For Later chapter on page 134. Details can be found here.