Sometimes in this game you come across things that are abhorrent. Not original, nor unique, nor authentic. Execution so poor that I’m not sure whether I should laugh, cry, or rage in a blog post. If you could see me now you would see I’m doing all three. Shit is getting real in my house right now and it’s all been triggered by one short video on Facebook. Consider this a trigger warning. If you are someone who loves the icons of food and drink, then turn back now. There is no light. This Dan Murphy’s produced video about John Boston Session IPA is everything that is disgusting, degrading and downright disrespectful to the world of good, freethinking people like you and I.

Before I go on my tear, let’s give some basics. John Boston is a Woolworth’s owned brand that is literally a direct copy of James Squire. The labels are clearly a rip off and like James Squire, their marketing is around their namesake being Australia’s first brewer. I don’t honestly know which is true, because I’m not some nerd who likes history. What I do know, is taste and flavour, and Session IPAs are (and come on let’s all just admit it) pretty much everything wrong with the beer world… and in 2017 who is like “oh yeah I don’t want a style that’s ever executed well, I want a watery one dimensional approximation”.

These are all well documented things, of course. You know all this. You are reading this post because you aren’t an idiot. I feel you. So why are we here? What is wrong with this video? I wont torture you with the whole thing, and instead I’ve ripped out some handy gifs.

Again: There is a trigger warning on this.

The first gif shows the labels – anyone familiar with James Squire will immediately see the issue here. What you may not immediately see, is the fact these beers are barely even in the ice. There is no delicious condensation dripping off the side because fam, this day is all about the warm beer. Whatevs, it’s a product shot so not that bad, right? Well I’m just getting warmed up. Strap in. Shit is about to get dark.

Second gif helps paint the scene a bit more. Looks like a BBQ is goin’ down:

Your mouth watering yet? By this chopping board of mediocrity? A couple of button mushies, and wedges of capsicum? No oil, no salt, no love. It does look like the capsicum has been well cut but a well cut plain capsicum is still a plain bloody capsicum. Look out vegetarians! Chain bracelet is coming through with the hella disappointment.

At this point you’re thinking “yeah but it’s just veges, I bet the meat will be treated with far more respect, right”.

There’s a lot going on in the above gif. For a start, look at the organisation of the snags in the first couple of frames .Strewn loosely around, I don’t even think all the links have been cut. No order, no system, no care. Mate, these are your sausages. These are the workhorse of the whole operation and you are just chucking them on like they’ll sort themselves out. Then the tongs come out and old silver bracelet is just waving the steak round the grill, spitting up fat fires while dragging it and piling it around. What is you doing? Can someone come get their man and teach him how to cook a steak? It’s pathetic.

Then things get even more messed up. As we zoom in on the product at the end, you’ll notice a few things. The vege is back in the shot, that wasn’t there a second ago- and while it was off camera it is clear they still haven’t added oil, or any condiments or seasoning of any sort. And they are barely even cooking it. It’s being turned without a char mark or anything. Plus it seems the meat cooking personnel have been replaced with two other randos. Notice chain bracelet and grey tshirt are no longer there and now there’s a black leather bracelet and a striped shirt. What sort of mickey mouse operation are these idiots running. How many people do they need to cook the most mediocre barbeque of all time? This is just ludicrous.

Yeah, you are probably pretty steamed by this whole mess. If this is getting too much, it might be time for a lie down before the next gross act of barbeque negligence.

I don’t want to go around saying some people should be locked up, or deported, or that ANYONE should receive capital punishment or even the death penalty. I don’t want to escalate any situation to such extremes… but. BUT. If I was going to advocate for extreme action then this next gif would be exhibit 1, and no other exhibits would follow. Case closed your honour. The jury agrees because they are NORMAL FUCKING PEOPLE AND NOT SAVAGES.

“Hey Steve, in the next scene I’m going to need you to use a spatula and a meat carver to cut into those sausages you didn’t give a shit about earlier”.

And Steve just went along with it. Or maybe Steve quit but those are someone’s hands and that person is complicit in this heinous act.

I know that’s probably enough. You don’t need more punishment at this point but we’ve come this far so why don’t we pee on this rotting corpse.

Here we start with a linger on the garbage attempt at a vege kebab, and as we drift past the plate of steaks we see they are back at it again, pointlessly hacking up what was once a living animal and is now completely unrecognisable as a charred grey mess. Look at that plate. Look at the steak. “Oh hey I’d like my food actually to taste like something”, “Sorry”, one of the four horseman of the barbocalypse says. “chunks of overcooked meat only… oh you want some vegetables? Well we have unseasoned raw kebabs! Welcome to your nightmare”.

We are only half way through the video but there are no other shots of the food because the damage is done. I’m assuming they just scraped it all into the bin at the end of it. What a fucking waste.

Which really sums up John Boston Session IPA: A chopped sausage, overcooked steak, waste of time approximation of something good.

There was one brief respite once this video ended and that was it autoplayed “Banger or Nah” with Briggs, who is a world class dude. 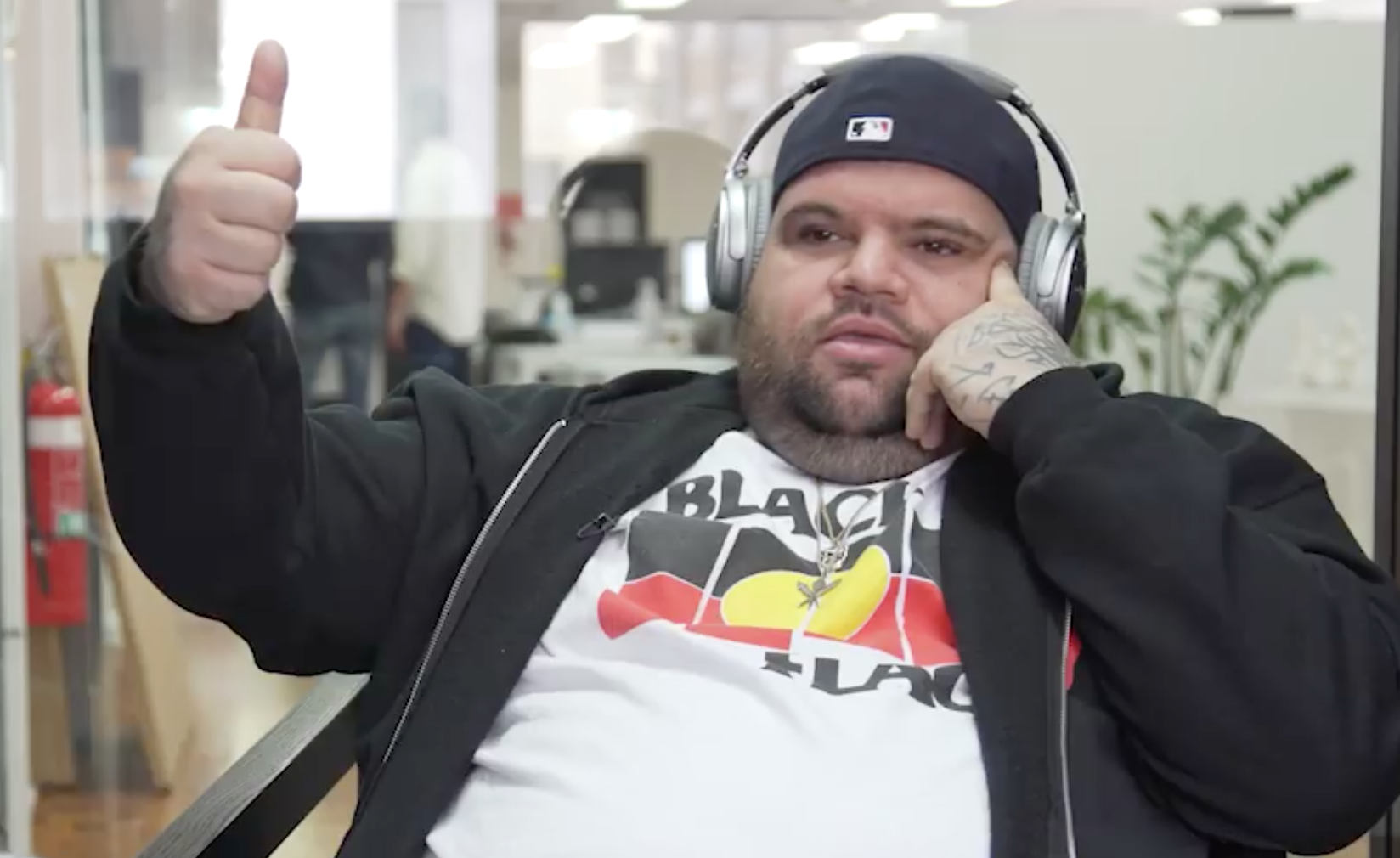 'Banger Or Nah' With Briggs

"That shit is painful. That's like acid square into your brain."Briggs drops some merciless burns to celebrate his hot new single. Listen here: http://bit.ly/2vCHcvb.

Posted by pedestrian.tv on Tuesday, 29 August 2017