I’ll be breaking it up into five for each stream, beginning with Foodie, and presented with no bias other than my faith in certain producers and venues to host great events. 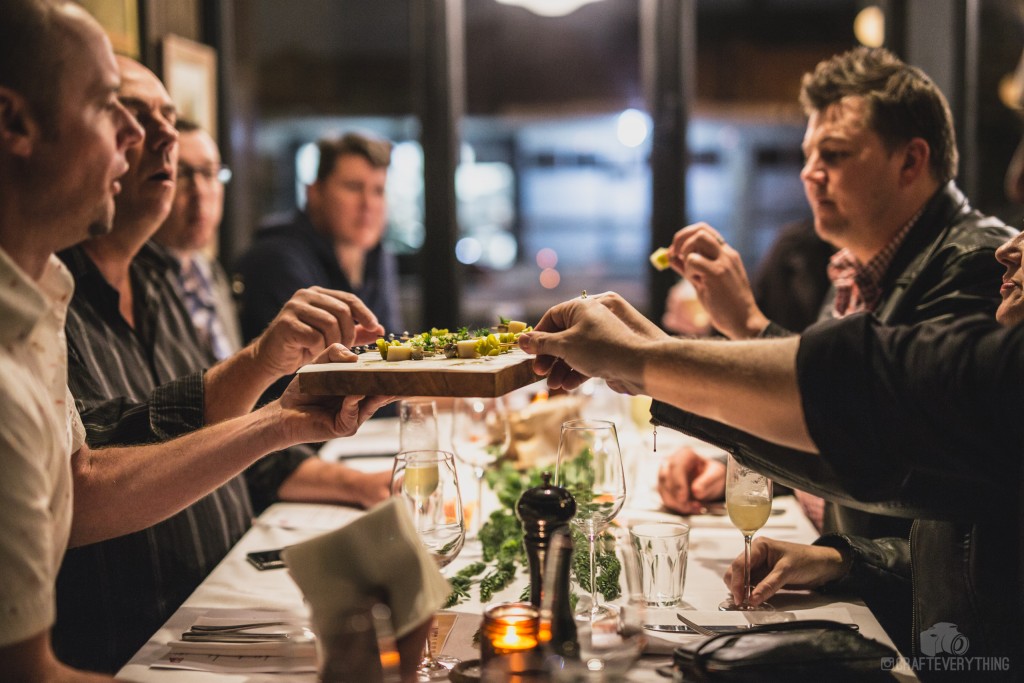 I don’t think I would get too many people disagreeing with when I say IDES might be Melbourne’s most anticipated high-end restaurant opening in recent memory. Helmed by former Attica sous-chef, and 2015 San Pellegrino Asia|Pacific Young Chef of the Year, Peter Gunn, IDES has gone from monthly pop-up to fully fledged restaurant. The pop-ups were legendary and the boundary pushing food was praised by all that attended.

When part of the ticket includes transport out to Mornington Peninsula Brewery (limited spots), a brew day and a full degustation with Mornington beers, it looks to me like the premiere beer and food event for the festival. If you are looking to drop a wad for a special occasion then put this at the top of your list.

The only specifically vegetarian event this year and it comes from Good Beer Week heavy hitters Babu Ji, who (along with sister restaurant Horn Please) have been responsible for much letting of belts and full bellied sighs during previous weeks.  You’ve probably dragged your vegetarian mates along to “Beast Feast Extreme” or something in previous years, so let them drag you along to something a lot less beasty. It’ll be good for you – you’ll get to have a night off pork belly or American BBQ during a week dripping with their dripping.

Oh and the beers are from Boatrocker, who never show up half-cocked.

The team at Wolf of the Willows told us on our podcast  that their third permanent beer, JSP, was designed with food and cooking in mind. Here they have teamed up with one of Melbourne’s most esteemed chefs in the form of Daniel Wilson – the man that sent Melbourne crazy for burgers with his juggernaut known as Huxtaburger. He’s also behind one of my all time favourite Melbourne restaurants, Huxtable. Huxtable is no more so if you missed out on Wilson’s fine dining skills then now is your chance.

Better still, it’s described as a “hands on event”. That means you’ll learn a bunch of techniques while your dinner is cooked. There is also promise of rare and limited releases from Wolf of the Willows.

If I end up at one of these, it’s likely to be this one.

Wilfred’s Goes Up In Smoke

Speaking of Daniel Wilson, one of his proteges in the form of Shayne McCallum, also went on to create his own burger chaos known as 8Bit (Footscray and CBD). A burger place that I live only three blocks from but rarely eat at because of the seemingly endless queues (nah, that’s a lie. I eat there a bunch… pre 12pm on a Monday morning is exactly when I feel like a burger). McCallum has recently opened up an American BBQ place down the road from the original 8Bit. With food pedigree like that, all you need to do is add beer and you have a winner.

Instead of just beer though; they’ve added beer, beer infused cocktails and boilermakers put together by the gang at Local Taphouse offshoot Wilfred’s Bar.

3 Ravens vs Fullers: British Feast and Beer Off At Northern Git

3 Ravens are making some spectacular beers lately and they will be showcasing them at the Northern Git all week. For this marquee event at the venue they’ve also invited English brewery, Fullers, along for the ride. Fullers Extra Special Bitter defines the style and they are beloved by beer fans the world over.

This year you can’t swing a pork rack without hitting an American BBQ, but there is another way. It comes in the form of the promised British feast and spit roasted pig from a restaurant famous for their British-style pub fare.