Making A Name For Ourselves

This is the second part of my look at unconventional fermentation in the local market. You can read part one here.

As part two of my look at unconventional fermentation in Australia and NZ,  I also put to some brewers the question of what to call these beers.  While often the term “sour” is used as a catchall many disagree with that term as it doesn’t always encompass the full range of flavours.  There are other words such as “wild” that are often used which can be interpreted a number of ways, while many borrow the names from pre-existing or historical styles even though the beer might not fit into the category.

In Belgium and Germany,  where many of these styles originate, the styles are defined clearly based on process and ingredients and in the case of Lambic/Gueuze and Berliner Weisse have a legal definition within the EU (you can read my take on the naming of lambic and gueuze at the bottom here) 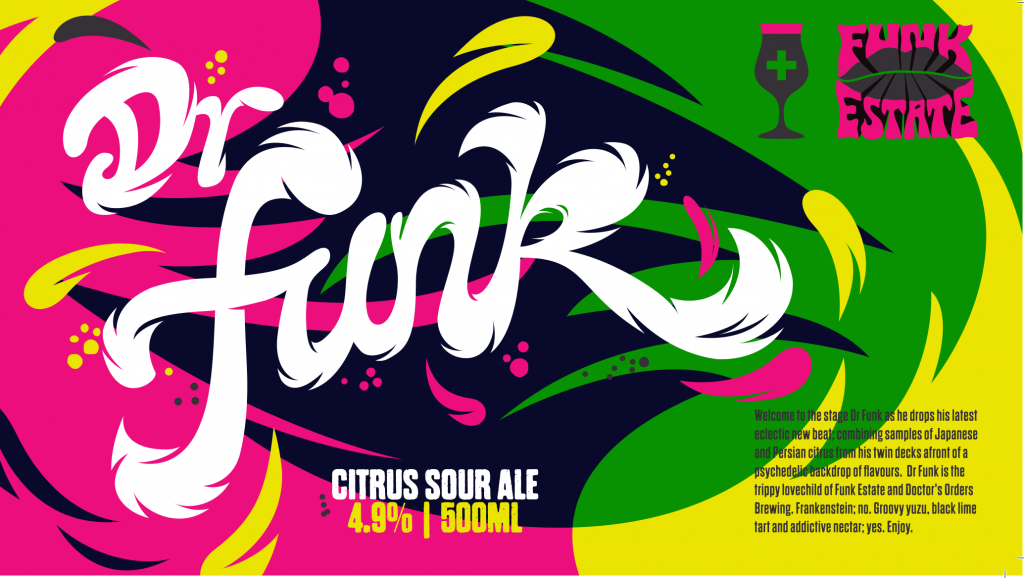 Over in the States, the term American Wild Ale has come to the fore. However if brewers outside of North America (and South and Central too I guess) began adopting that, it could lead to the same bizarre scenario that we have now where a strong pale ale using 100% Australian ingredients is often classed as an “American Pale Ale” (or if it’s stronger it could be called an “American India Pale Ale”…).

Bridge Road Brewers founder and owner Ben Kraus believes anything should have a unique identity and we should definitely avoid any adopting of the US naming.

“Definitely whatever it is it should have some identity with Australia rather than American Style Pale Ale or whatever. We really need to have identity and not be making Belgian style sours or American style sours and just do our own stuff and call it our own I think.”

Darren Robinson of Doctors Orders Brewing has been brewing soured ales before many commercial brewers had even considered venturing down that path and believes being more descriptive is the best approach for his beers, often based on German styles.

“We started out with our standard sour ales, calling them Berliner Weisse. Beer geeks get this 100% and are all over it. However the general population have no idea, and the name doesn’t translate to a flavour memory or something they know.

“I don’t think a single name gives credit to the different processes. As an entire category maybe something simple like Tart & Sour Beers is most encompassing. Not all are wild. Not all are sour,” he added.

Darren points out the number of methods, and the differences in the final product means it might be difficult to give anything an umbrella term.

If in doubt, ‘funky’ is always a good catch all descriptor.

Since yesterday’s piece, it hasn’t gone unnoticed by commenters and brewers who have expressed disappointment that the upcoming Bridge Road and Doctors Orders collaborations, called Spontaneously Fermented, are kettle soured and finished with a conventional fermentation rather than using 100% spontaneous yeast and bacteria. I’d be lying if I said I didn’t echo that disappointment and while I’m still looking forward to tasting the beers I believe it’s always important that labels (no matter how great they look…) accurately reflect the beer and process.

At 8 Wired in NZ, owner and brewer Søren Eriksen agrees with Darren that hard categories don’t have a lot of benefit, but does believe that terms such as “wild” should have some meaning when applied to a beer.

“It limits creativity if the brewer always has to fit the beers into a category. However, if a beer is sour, I’d prefer if the brewer labelled it as such. ‘Wild’ should refer to something that is relatively out of control. It doesn’t have to be spontaneously inoculated, but should definitely be fermented with a mixed culture of several species. If in doubt, ‘funky’ is always a good catch all descriptor.”

Likewise the team at 7 Cent aren’t really sure what their beers would be called, and acknowledge while they refer to some as “lambic” in house, it’s probably not something they should call their beer when it is for commercial sale.

Typically with our beers, they sit on the edge of styles, they are not very true to style, so for us it’s probably not something we are going to care a lot about but I can see would have opinions on beers that we’ve released under certain styles that they may not be happy with

“As far as trying to categorise or stylise the beers, I don’t know if we’ve fallen into a problem yet, like the sour cherry porter is a porter with cherries in it that is sour. I suppose we might once we start looking at these lambics, we call them lambics in house but I don’t know what we are actually going to define them as.

“Typically with our beers, they sit on the edge of styles, they are not very true to style, so for us it’s probably not something we are going to care a lot about but I can see would have opinions on beers that we’ve released under certain styles that they may not be happy with,” said co-founder Brendan Baker.

Given in the past I’ve been one of the most vocal about calling beer “lambic” when it doesn’t meet the definition, then I am probably one of the people that Brendan is talking about. There have been some beers coming out of Australia (and elsewhere) that definitely don’t meet the guidelines set by the EU and High Council for Artisanal Lambic producers (HORAL); and as far as I know, no one really acknowledges that berliner weisse also has regional restrictions laid out by the EU, with numerous beers being named berliner weisse across the globe.

Costa Nikias at La Sirene in Melbourne errs on the side of honouring the lambic guidelines laid out in Europe.

“The last thing you want to do is call your beer a lambic when specifically lambics were made in another part of the world. I guess I’m a bit more releaxed about it but I wouldn’t call something a lambic personally but that’s just my brewery and my beers. I guess my preference is to call something lambic-style as opposed to a lambic”. Instead Costa prefers to call them wild or sour ales, adding. “We just released a petite sour – If we call things wild ales, sour ales, that’s all we need to do to get the point across”.

Which is echoed by Tim Thomas at HopDog Beerworks, who said “I’m in the mind to call them wild ales, that works for me, or just sours, but that does encompass a whole range of beers”.

Outside of those mentioned already, we’ve seen Boatrocker put out their version of a lambic called “Brambic” which is a nod to tradition but with their own place attached, and Tasmania’s Two Metre Tall state their beers are sour and ales and in the past have expressed to me their passion for naming things correctly. This from brewer and owner Ashley Huntington in my earlier piece on naming

“I despair the increasing use of “Saison” even more than I despair Australian brewers simply copying style monikers from other countries…. I am a Tasmanian farmer and, out of sheer respect, refuse to lazily bastardise their creativity, work and intellectual property for my own short-term profit” (original context here)

Given these beers should be unique, interesting and bring individual characters, giving them an overall name such as “Australian Wild Ale” or even just wild or sour ale is not always going to be reflective of the beer itself. From a consumer perspective I tend to agree with the a lot of the sentiments here and would prefer a beer label to simply reflect what’s in the beer. For those just venturing into this world, the words “soured ale with cherries” means a whole lot more than “Kriek Lambic” (unless they spoke Flemish I guess). Some things should remain sacred (for lack of a better word) and lambic/gueuze and berliner weisse should be respected and left to the countries who gave us the style.

Whatever brewers decide to call them, however, the rise of these unique styles and interesting processes is one that is a great thing for drinkers. When there are an increasing number of local versions that are getting close or equal to the iconic European names, then it’s hard to complain; no matter what they are called.