Back in 2013 I suggested Little Creatures and Mountain Goat IPA releases might just be an indication that IPA as a whole might finally be getting a foothold in Australia.

(Quick aside. I put “craft” in quotations not as an insinuation around their credentials but rather I think it’s a bit of a meaningless word but sometimes you just gotta say it).

While the perception of “craft” beer was that it was always dominated by IPAs, as a punter I really wasn’t seeing them on the shelves or on taps in Australia.  I thought the above two releases were signalling change.

Unfortunately I was probably wrong and the calculated move didn’t really pay off, with the Mountain Goat IPA being discontinued in packaged form earlier this year and the Little Creatures version, if rumours are to be believed, is currently clinging on for life. As a drinker there were times that I really enjoyed both, and times I found they got a bit caramely and muddled from the darker malts.

And to me that has been the problem with Australian IPAs over the last few years. For the most part, they been heavy the chewier crystal and other specialty malts that end up dominating the lively hop aromas. While there are some excellent examples of the maltier style from brewers such as Mash, Kaiju and Bridge Road, it is difficult to find a local version of the clean “West Coast” IPA style – a style that can easily be found in New Zealand, the US, and the UK.  The only examples that I can recall being around in back 2013 were Feral Hop Hog, Feral Tusk and Murray’s Big Wednesday.

Since then, however, Queensland brewery Noisy Minor landed at 15 on the Hottest 100 Beers for 2014 with their ANZUS IPA, while Riverside have continued to win fans with their 77 IPA and imperial 777 version. All three have been the leaner side rather than the maltier side.

Former Riverside co-founder and head brewer, Dave Padden,  has also gone on to form a new brewery, Akasha, and one of their first releases was a West Coast IPA in the mould of the above.

Earlier this year Pirate Life launched with their core range comprising a clean and pale session IPA (which I absolutely love and at 3.5% makes for a great fridge beer), a pale (which is the darkest of the three but definitely not on the chewier side), and a massive IIPA that hits all of those clean benchmarks. It’s clear their ex-Brewdog brewers have taken queues from their IPAs such as, Punk, Hardcore and Jackhammer, which are all in the classic West Coast style.

Conversations with distributors and shop owners tell me if you can find cans of them, buy them now because they are moving at a crazy rate.

Now right at the end of the year we’ve seen a quick succession of releases with similar intent. Notably was the announcement from Stone and Wood about their new offshoot Fixation Brewing Co.

From their Media Release: 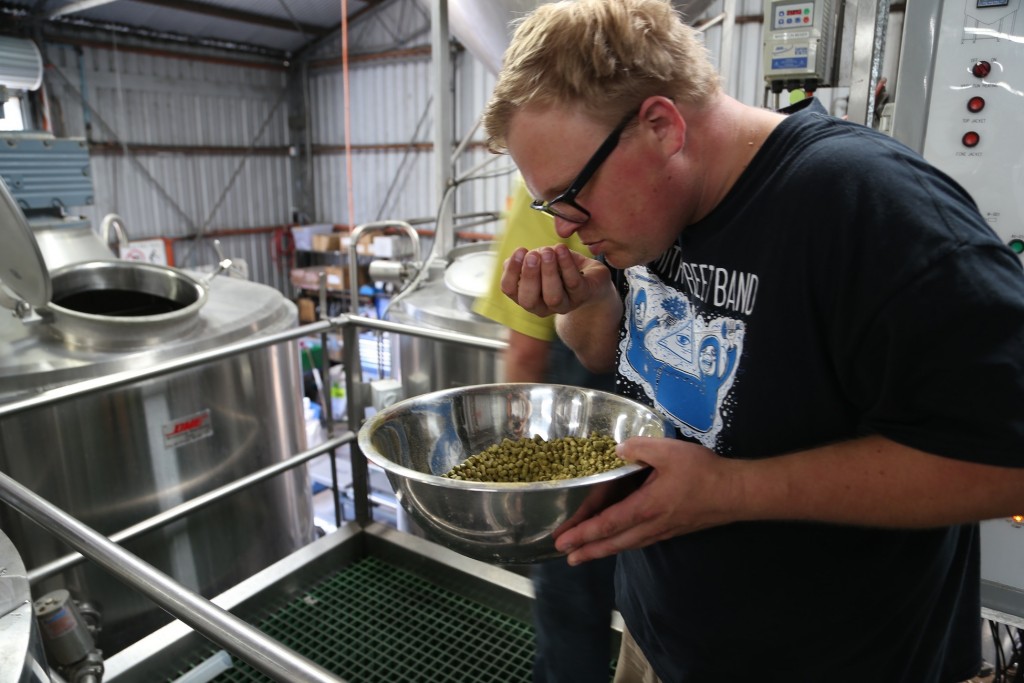 Fixation Brewing Co. is fixated on one thing, making the best IPA’s possible. Its backed by people  who know beer and fronted by a man who has a fanatical obsession with the style. The three founders of Stone & Wood had an inkling that there was room in the Australian beer landscape for a beer business that is purely focused on well made, fresh American style IPA.

They’ve all been kicking around the world of beer for a fair while now, and over the years have had the chance to drink, taste and experience a lot of beers and beer styles as well as visiting a lot breweries and “beer regions” around the world. The rise and rise of IPA in the USA is something they’ve been watching for a long time, and admire how it has now entrenched itself in the modern world of beer over there.

Having spent more time on the West Coast of the USA in 2015 they had some fantastically fresh  examples of classic West Coast IPAs. They chatted about how good they can be when fresh and how disappointing they can be with some age on them, and as a consequence we aren’t always seeing them at their best in Australia. That had to change.

They started looking around for someone who could take the idea and run with it, someone who shared their belief and admiration of the style, but had their own wild passion and enthusiasm for IPA.

Tom Delmont started working in the good beer industry in 2007 and has been a larger than life figure for many years in the local beer industry since. Tom has a dream to see more great pubs and bars of Australia serving super fresh IPA just bursting with juicy hops.You’ll see Tom in the brew house sniffing huge bags of hops, banging on the doors of pubs, ranting and raving about IPA’s in bars, sipping the latest samples from the US, and filling the web up with his ramblings about his favourite hop varieties.

He’s obsessed with great IPA. Some would call it a Fixation.

Hops! We love them! Everything about the magical flower and the compounds within that give great beer a lot of its aroma, flavour and bitterness. With our Fixation IPA we take hopping rates to a higher level. Four different new world hop varieties have gone into our IPA at all stages of the brewing process to lend a big juicy, fruity aroma, robust flavour and firm bitterness. There is a clean pale malt backbone with a few specialty malts for good measure, just enough to carry the ridiculously large hopping regime! This beer is for people with great taste, who love a modern day classic IPA!<

In addition to the above, we’ve seen a straight up WC IPA from Exit Brewing (#010), Feral have pushed out their War Hog IPA in packaged and draught (along with an excellent version of their Barrel Fermented Hop Hog) – and tomorrow (at time of writing) Temple are releasing their first IIPA, to be brewed twice a year. While I haven’t had a taste yet, their press release notably makes no mention of malt.

Finally 3 Ravens have put up this teaser on Instagram previewing a IIPA with a shout to Russian River – the brewers of maybe the most famous example of the clean West Coast IPA, Pliny the Elder.

Based on all of this, I don’t think it’s unreasonable to speculate that 2016 might just be the year that Australia really gets and learns to love clean, fresh, bright local IPAs on a larger scale.