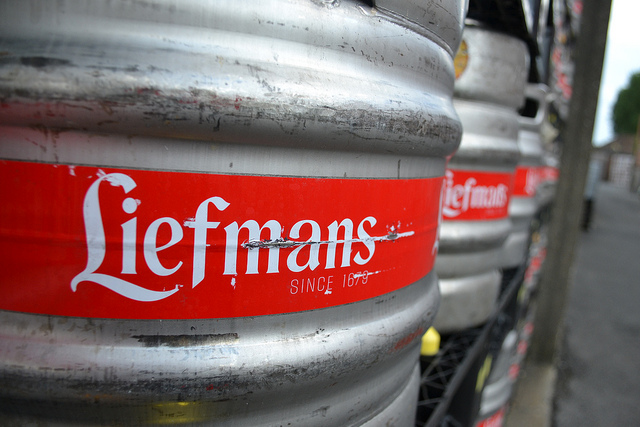 A few days ago there was an article doing the rounds, to much applause from beer pundits, titled Stop calling beers ‘sours’. The pundits’ consensus was “hear hear, about belly time” and other expressions of agreement. However on finishing the article I came away more convinced that we should call some beers ‘sours’ and that it is definitely a sub-category of beer all on its own. I have no doubt about this and I think we could almost make it a third category, separate to both ales and lagers. Firstly I think it’s worth addressing the main points raised by the author.

One person’s “sour” is another person’s “tart.” I have heard Americans refer to the Belgian Trappist ale Orval as “a sour.

This is a common misconception about Orval and similar beers featuring brettanomyces. However it’s pretty much accepted that the flavours brettanomyces gives off aren’t sour but often tart, fruity and farmhousey. The yeast frequently makes a great bed-fellow with souring bacteria and is found in many wild, or mixed fermentation beers that have that bacteria-giving sourness. Rounding out the flavours and giving more depth. As a result a many consumers (and some brewers) make the leap when describing beers using brett to be sour. So in this case it’s more of a misconception than anything.  I don’t think it’s a reason to abandon the term all together. The second point was this:

The word “sour” conditions us to expect something really sour, and we might be disappointed if it’s only “sharp.” Bro it says sour but it’s not even sour yo! So imagine living… in a world where brewers are making things as sour as they can, to hell with balance or other interesting flavors

I’m not even sure this needs refuting. So what if brewers and customers want super 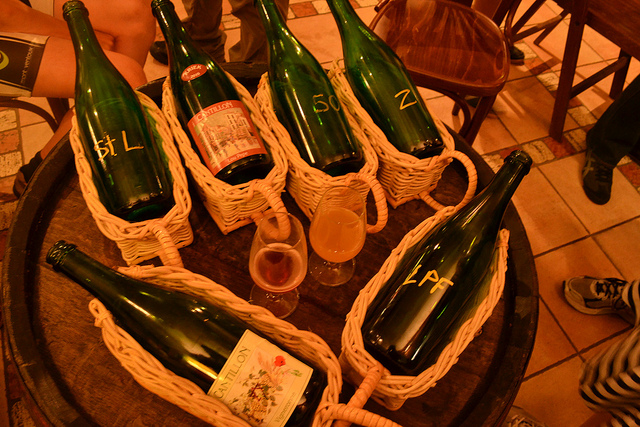 sour beers? Just because there is a risk that people will take it too far is no reason to abandon the term all together. That is a ridiculous argument. By that reasoning we shouldn’t call anything anything in case naughty people start abusing it and making bad beers. Let them make bad beers. There are plenty of other terms being abused. It doesn’t mean the terms are bad, it means the beers are bad. Third point:

It’s not about “sour” and it never was. Great drinks are more interesting than that. An excellent gueuze is an amalgam of many different sensations, including dryness, lively bubbles, musty lemon or horse blanket aromas and flavors — and things that are stranger, more difficult to describe. Sometimes over a glass of gueuze I catch a whiff of the sea. Which makes no sense. Ah, but it’s just another sour, right?

I don’t think anyone has ever said a gueuze is “just another sour”. No one thinks a great spicy Thai curry is just about spice, or a delicious sweet dessert is just about sweet.  But spice and sweetness are what distinguishes those from other dishes. In the case of sour beers, it is the same. The brewer’s intent is to use bacteria, along with traditional yeast, to create a beer that has an element of sourness. Saying it is a sour beer is the best way to get that across to the drinker. Like ale or lager – or even sub-categories like pale, or stout – it doesn’t show the full picture but it does let everyone know what to expect (ok so in a few cases the sourness isn’t the brewer’s intent but that’s a different post completely). Fourth point:

An interesting exercise, if you can afford it, is to compare Rodenbach Vintage or Foederbier — the pure, unblended stuff — with Rodenbach Grand Cru, which is a blend of two-thirds oak-aged and one-third younger, sweeter stuff. Again this is subjective, but I find the Grand Cru far more interesting. The light sweetness gives you perspective on the acidity. It provides depth. It’s like the difference between looking at a mural close up or standing back to see the whole thing, or the difference between hearing one note and then three-chord punk rock. It’s the difference between noise and music.

Comparing two beers that have more or less sourness doesn’t really make an argument against calling them sours. In this case, Foederbier isn’t really that great of a beer. Grand Cru is. That doesn’t change the fact that both have an element of sourness not present in regular ales or lagers. Final point:

So what to call these things? It depends on the beer. There is not just sour and not-sour, there is a wide range of acidity out there. More importantly, there is a whole range of backgrounds, contexts and processes that get lost when we lump too many things under simplistic words. Each beer has its story, I would like to know that story, and if that story is just “sour” then I’m not interested.

Is the argument that every beer needs a detailed explanation of what the drinker should expect? There is a legitimate case for the term ‘sour’ to encompass all beers with souring bacteria. The influence they have on the final product  is what sets them apart from a regular ale or lager and that doesn’t change whether it’s a Berliner weisse, gueuze, mixed fermentation Flanders style, or a non-traditional style. Of course it doesn’t paint a full picture but there is no reason why it should. No one word will ever tell the full story of a beer. It signals differentiation to the two main categories of beer. To me, there isn’t really much more to it than that.

The last thing that is bugging me from the article:

The popular internet-meme they are trying to reference is “Do you even lift”. Do you even meme, bro?