I feel like I spent a good chunk of this year talking about how much I love Yeastie Boys and their delicious beers. In fact, I probably spent twice as much time talking about them as I did drinking them.

Today I went to purchase beer that had nothing to do with the Yeastie Boys at all. I was buying Belgian beers for New Year’s day (although in somewhat of a link, Stu said something along the lines of wanting to only brew Belgian styles on the recent Beer Diary podcast). But my eyes spied a copy of their 5 year anniversary zine, published in September to mark the occasion, it’s just arrived in Australia. So I grabbed it and decided that my last piece of writing for the year needed to be a little bit of a love in, all about the Yeastie Boys.

I love those guys.

Do I really need to say more?

When I was starting out with this blog, I happened to be in Christchurch for a few days, which co-incided with a Yeastie Boys event. Seeing me mention that I was in Christchurch, Stu (one of the Yeasties) tweeted me and asked if I wanted to join them for a beer. As someone who hadn’t met many brewers at that point I was surprised and flattered. I know that might sound a bit silly but these guys were people I already admired and to be asked to drink a beer with them is an exciting thing (also worth noting that Søren from 8 Wired was there at the time, soon after being listed as a top 100 brewer in the world on review website Ratebeer, so it was extra exciting). 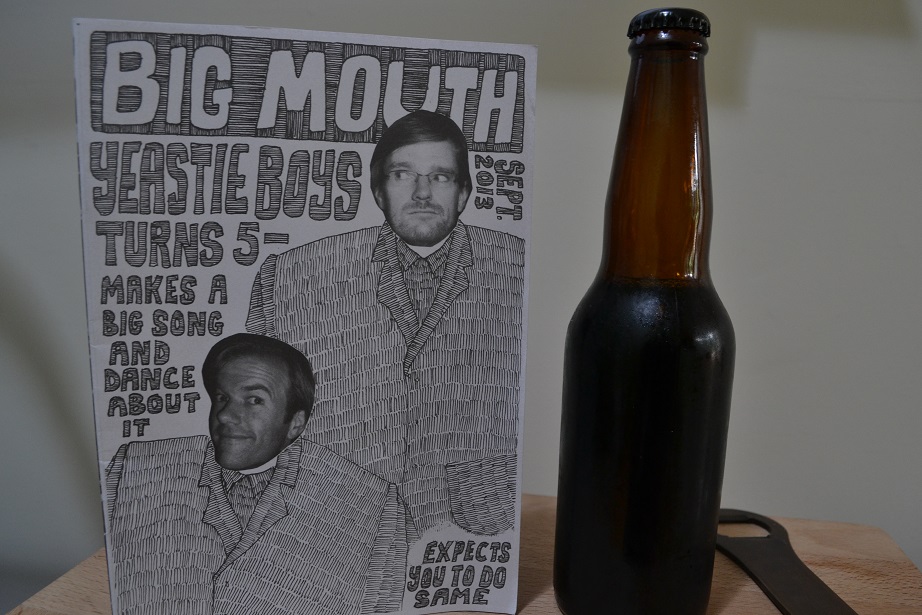 Since then I’ve only met them a handful of times and always during beer events so I never have as much time as I would like to chat properly to either Sam or Stu, but each time is always a treat and a pleasure.

So now I am celebrating the year’s end by reading their 5 year zine and drinking a beer that they gifted me, a Motueka Raven, their Black IPA brewed with Liberty Brewing.

I got this bottle after seeing they were having a tasting and mentioning on twitter that I couldn’t make it. Sam, who was hosting the tasting, was kind enough to leave a bottle behind the counter for me. I promptly put it in my fridge for a rainy day.

Then Motueka Raven became commercially available in Australia so I held on to my bottle, with Stu’s oft repeated mantra “fresh is not best” in the back of my mind.

And what better occasion than reading over their 5 year anniversary magazine to finally enjoy one of my favourite beers and to see just how well it holds up after roughly 18 months. 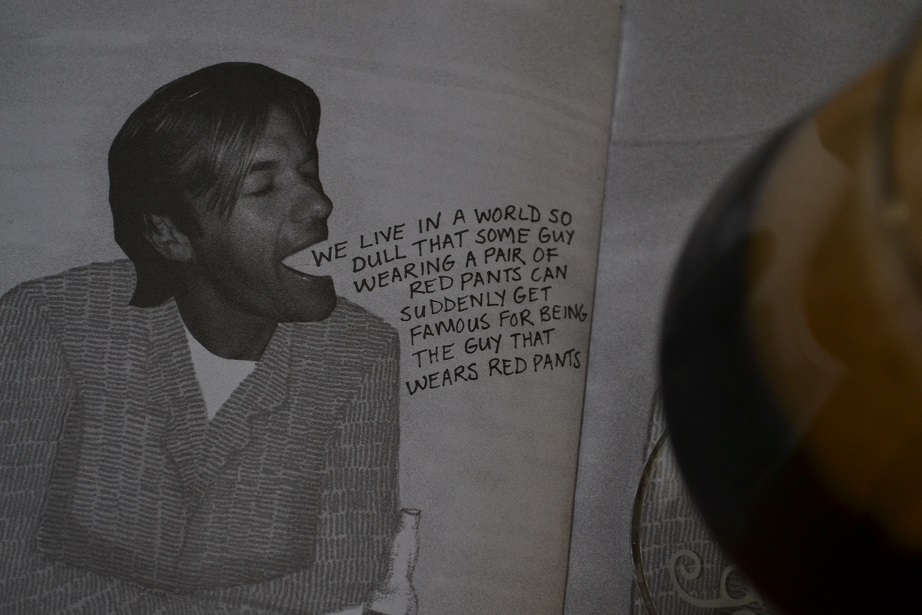 It smells like dusty cocoa and mandarin, with a slight hint of oxidization, while looking gorgeous in the glass. Pitch black, with a proud white head. The taste is long, longer than a fresh one, with rich coffee and chocolate from the malt, a nice bitterness while the mandarin/citrus flavour comes back before everything settles on the palate with an extended finish.

It’s a lovely beer from two lovely guys. One that I won’t say got better with age, but different. Neither negatively or positively. And I guess that’s where the Yeastie Boys sit in my mind.

Something I love and as times goes, they don’t change a whole lot, but rather just get a bit different. 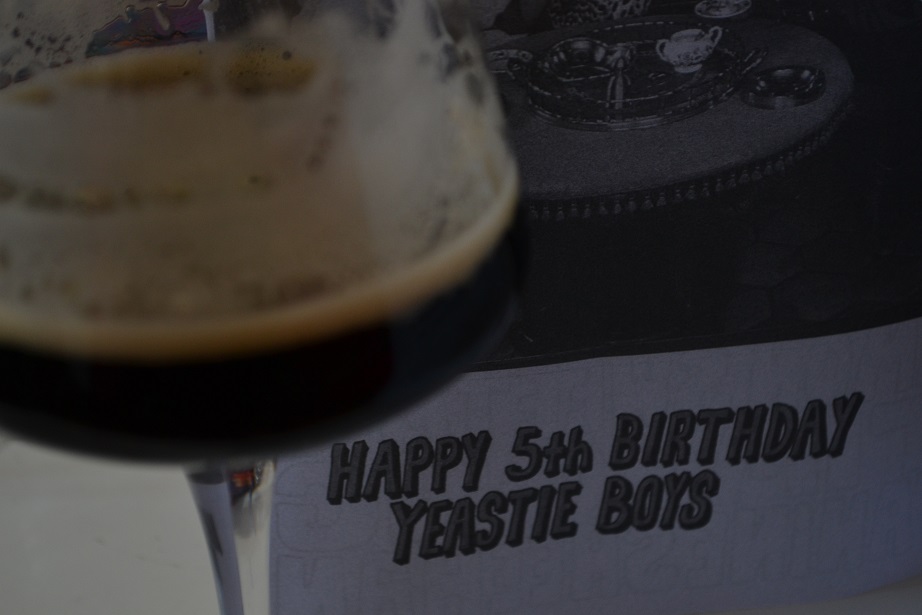