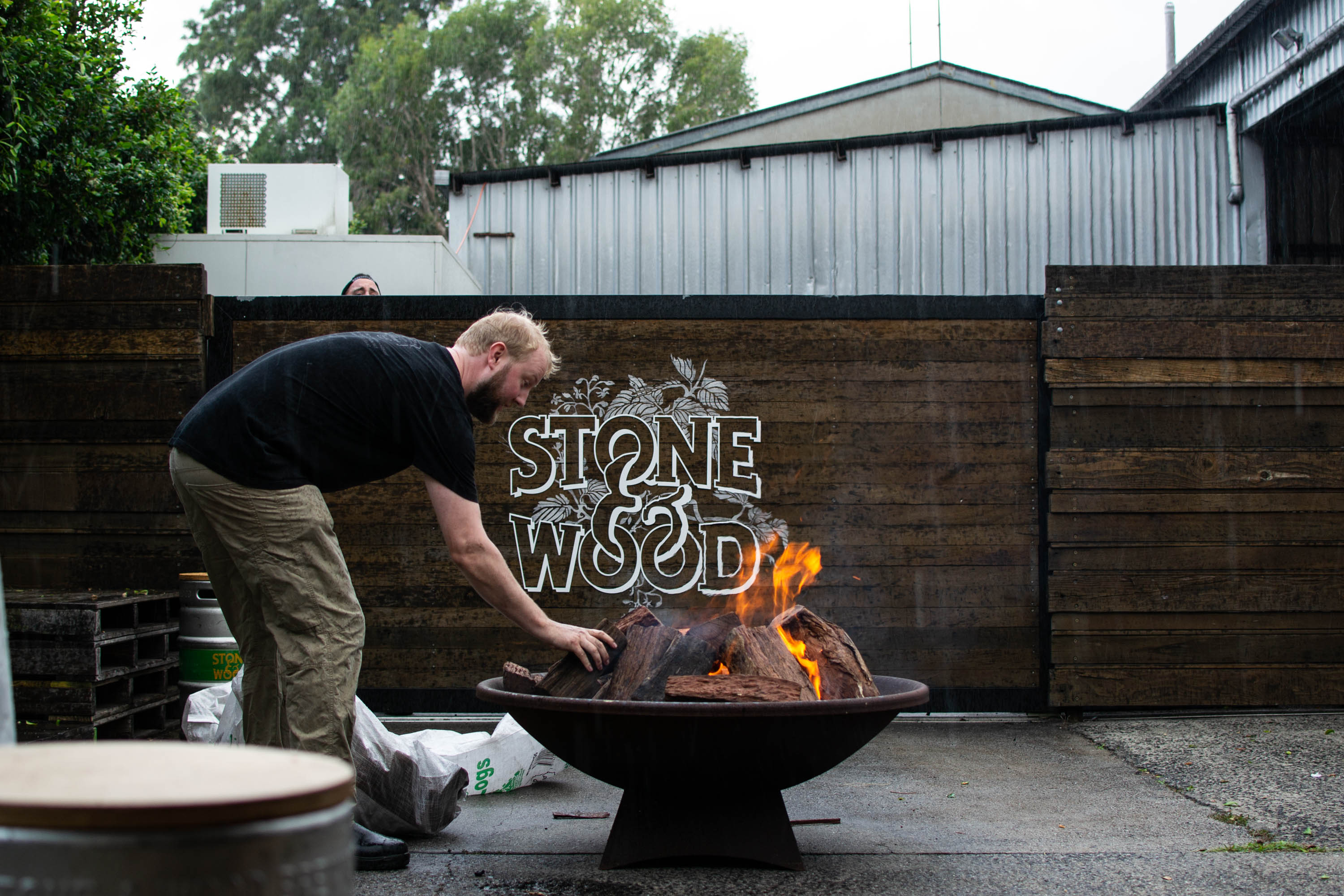 When New England-style (aka Hazy IPAs) first blew up in Australia, like many drinkers I was struck by the surprisingly juicy flavours brewers were coaxing out of the hops. As cliché as the term ‘juicy’ is to describe the style it’s an apt descriptor. They also immediately reminded me of another beer that was already well established in the Australian market: Stone & Wood Pacific Ale (now officially named Original Pacific Ale).

While a 4.4% Australian Pale Ale may be a little old hat to drinkers chasing the next hypebeast, Pacific Ale is cloudy, yeasty, and indeed full of tropical fruit juice flavours. Earlier this year the brewery released the Prequel. This is how it is described:

The Prequel is an ultra-dry-hopped Australian style ale that pours hazy gold and full strength. The copious additions of Galaxy hops offer powerful aromas of passionfruit, pineapple, mango and citrus. Its bold hop character is refreshingly balanced by a low bitterness, finishing dry and crisp…

10 years ago, Stone & Wood co-founder Brad Rogers was brewing up a storm on a tiny brew kit in his hinterland shed. Those initial batches were hazy, cloudy and aromatic, driven by the then relatively unheard-of Galaxy hops.

At 6.8% it’s pretty much a New England-style IPA. So does that mean Stone & Wood Pacific Ale, if it was made today, would be considered a New England-style ‘Pale Ale’? Head brewer, Caolan Vaughan, is quick to dampen comparisons, but does agree that Pacific Ale and Prequel use similar methods to NE IPAs and the brewery has been using these processes for almost a decade.

“We do dry hop in a way that absolutely promotes biotransformation, but we’re also using a different yeast strain to what those breweries are using. They’re using a much more esthery yeast strain from the UK mostly whereas we’ve been using our much more neutral yeast strain.”

Biotransformation is the buzzword behind the New England-style. It’s a process that occurs when active yeast and hops interact. The result is unique aromas and the juicy flavours the beer drinking public are coming to love. To encourage this brewers are doing everything they can to keep live yeast and hops active together, which causes a problem. Enter, ‘hop creep’

Vaughan explains: “hop creep is enzymes derived from hops are basically converting dextrins or unfermentable sugars into fermentable sugars. Then they are continually fermenting in the presence of live yeast.”. He presented a talk on hop creep at BrewCon earlier this year and says it’s something they’ve been aware of for a number of years.

“We came across it by following the trail of complaints. In 2015 we were having complaints of over carbonation. It was sporadic, there didn’t seem to be any real correlation.” While the team worked out how to mitigate the issue, they didn’t actually know the cause. “It wasn’t until the guys from Oregon state university and Allagash presented something at the CBC (US Craft Brewers Conference) in 2017 that we figured out what it was.”

Now, as more breweries are combining active yeast and dry hops, the problem is becoming more talked about. Anecdotally, I’ve heard reports of diacetyl happening in New England-style IPAs as a result of large dry hop additions, but it’s not something Stone & Wood have found. What they were encountering in 2015 was excessive carbonation, something which Vaughan says is not only a quality issue, but can also be dangerous.

“We felt we had a duty of care to make sure everyone knows about it. We wanted to make sure people know about this because we know there’s a safety risk and you do not keep that kind of thing quiet.”

(Note: exploding cans as a safety issue is a hot issue in the US where some trends are leading brewers to add sugars in the form of fruit. You can read about that here.)

Stone & Wood now use low-level pasteurisation to ensure shelf stability and are currently researching how to optimize that process to kill off only the enzymes causing the issue, while leaving everything else untouched. Without late ferment hops, Pacific Ale wouldn’t be the same. Vaughan explains that in his three year with the brewery they’ve tried other methods to get it’s signature tropical fruit flavours.

“We’ve always been dry hopping towards the end of fermentation. You cannot get the same hop character out of the hops without dry hopping that way. That’s been cool to prove.”

For any breweries out there first learning about this issue here, Vaughan has an easy test that won’t blow out your lab budget.

“If you have a beer that’s been dry hopped, and the same beer that hasn’t been dry hopped, and allow them to ferment out, you will absolutely see the difference into where they attenuate. That is a very simple basic benchtop trial to dial in beers, with dry hopping, to see where beers will attenuate too and where you need to wait to it to ferment out to before you start packaging,” he says, before adding, ominously, “It will happen.”

I guess that leads us to one of the big questions about Pacific Ale: what led them to start dry hopping it during active fermentation years before almost anyone else? I put this question to founder, and originator of the recipe, Brad Rogers. He is currently travelling in Europe but sent me this over email.

When I first put the recipe together back on 2008, the majority of dry hopped beers seemed to be using mainly US hops, so I wanted to have a crack at using HPA’s Galaxy hop, from Bushy Park in Tasmania, late in the fermentation.

There wasn’t really a lot more to it, other than I wanted to use Galaxy. I knew that by using Galaxy late in our Pacific Ale brew, we would get the big topical fruit, passionfruit, mango aromatics that the beer is known for.

You can read about my recent visit to Stone & Wood over on Good Beer Hunting. It’s way, way, less technical than this.