It’s pretty hard to deny the impact that Balter has had on the Australian beer market since launching mid 2016. The brewery with big name surfers for owners was sure to get attention and my cynical alarm bells were ringing pretty early. With its flash cans, celeb status and well marketed brand it could’ve gone any number of ways.

Almost two years on and it seems it’s gone the way of good beer. The XPA has struck a chord with the public, and while I’m not privy to any in depth sales figures on the rest of the range, from the outside they look to be ticking along nicely. Balter has slid into that Pirate Life space; a space we didn’t really know existed until the two came along with national rollouts, a focus on cans, and just a generally well thought out strategy. Nothing too crazy or esoteric, but undeniably great beer, and as a result both lept to the front of fridges immediately by doing things on a scale that a few years ago would’ve been commercial suicide.

And in a very Pirate Life-esque move, Balter has released a limited run of IIPA in 500ml cans. The brewery was kind enough to send me a couple of tins and it’s been so long since I did any sort of beer review I figured it’d be a fun one to cast my critical eye over and see what stood out. Let’s take a look: 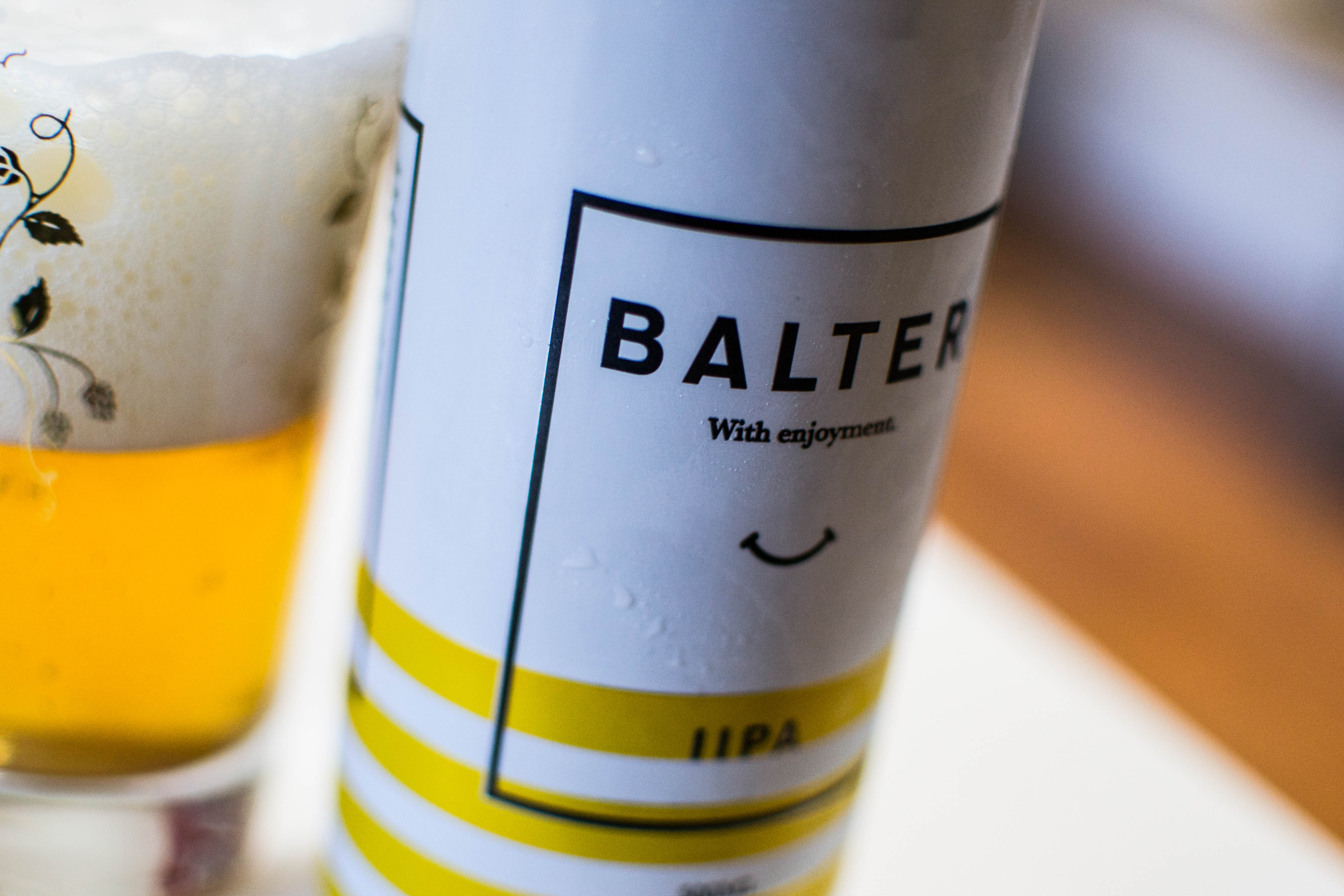 This IIPA is 8.6%, and in the press release, head brewer Scott Hargreave says:

“We stripped the malt way back to be essentially pale malt with a sprinkle of wheat and then dissolved as much hops as we could into it. That should give it more drinkability. Still, stop at one and you’re good. Maybe that’s a challenge to some, but it’s meant to be a stand alone salute.”

I’m sure I’ve mentioned in the past that I’m not the biggest fan of Balter’s design. It’s obviously working for the brewery, and the packaging design has won medals at competitions, but it’s just not to my taste… but if we all liked what I liked then every beer would probably have a skull and some obnoxiously bright colours so with that in mind, I guess it’s probably a good thing I’m not the arbiter of beer can design in Australia. And with all of that said, the striped can really did it for me in this instance. It was still identifiably Balter, but the move away from a solid coloured block helped make it a bit more visually exciting.

Poured out, it’s bright yellow, with a consistently fine carbonation. It looks great and backs up the quote above about the malt being stripped back. The smell is all about pineapple, grapefruit and fruity bubblegum. It’s not said what hops are in the beer but maybe a combination of Mosaic and some local hops? I could be way off base though. Whatevs, it smells great and it’s a pretty tasty affair once you take a sip too. There is all sorts of tropical fruit flavour carrying through. I still find an underlying hint of alcohol, which I always taste in almost any beer that climbs up above 8%, which is why I tend to avoid them these days, but there is still loads of delicious bitterness. My first thought was that I’d be struggling by the end of the can (it comes in a big five hundy) but it went down far quicker and easier than any IIPA I’ve had in recent times. There was no struggle putting 500ml back in a solo effort and if this was in my fridge every weekend I’m sure there would be no struggle then too. It hit all the benchmarks I want from the style, while not doing anything ridiculous in the process. Good, clean, tasty and bitter.

Now here is where I tell you that it is apparently limited, and by all accounts it’s almost completely sold out so if you missed this then you are probably too late. That’s not a bad thing though because chances are they’ll make it again if it’s done this well. For me, seeing locally made IIPAs of such good quality hit shelves and disappear within days is nothing but excellent signs for the industry.

Despite all my caveats and misgivings about the company, the design, and the style (I really make it difficult on myself to enjoy things, huh?) Balter once again have made me shut my big mouth by doing one thing right: Making damn good beer.