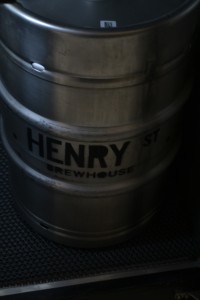 Kensington is a Melbourne suburb that flies under a lot of radars. Small and tucked away in the inner-north west it’s surprisingly one that often has Melbourne locals asking “where?”. Which was about my reaction when someone asked me about Henry St Brewhouse.

“Where? Who? It’s been open for 2 months? Why didn’t anyone tell me”.  It’s literally round the corner from my old house, and while I don’t live there anymore, it’s still my nearest brewery.

How has this gone so far under my radar?

After spending an afternoon chatting and drinking with one half of the team, Zack Skerrit (the other half being friend and former co-worker Phil Quayle) I left understanding why. These friends and homebrewing partners are making the refreshingly modest decision to stay within their limits rather than over-reaching with a flurry of stainless and debt.

“Given the personality types of Phil and I, we wanted to go this route. We don’t have business backgrounds, so getting together finance and that sort of thing is not something we really have experience at. We crunched the numbers and came up with a keg number that we thought we could get away with while actually making it work” Zack said.

The keg number seems an impossibly small 12 kegs a week. Served on premise and in takeaway growlers at their brewhouse on Barrett St, Kensington, (the Henry St name coming from Phil’s house nearby) and to local businesses who are set up with kegerators.

Once the math was done, they began looking for somewhere within their budget.

“I was sort of half looking around for about 2 or 3 months, and this popped up on the radar near where Phil lives and it was perfect… In Kensington there is not much around brewery wise and not much around pub wise either, so locals love us.”

Their story began a number of years ago. Both structural engineers, Phil was the first of the pair to homebrew and helped Zack find his feet. 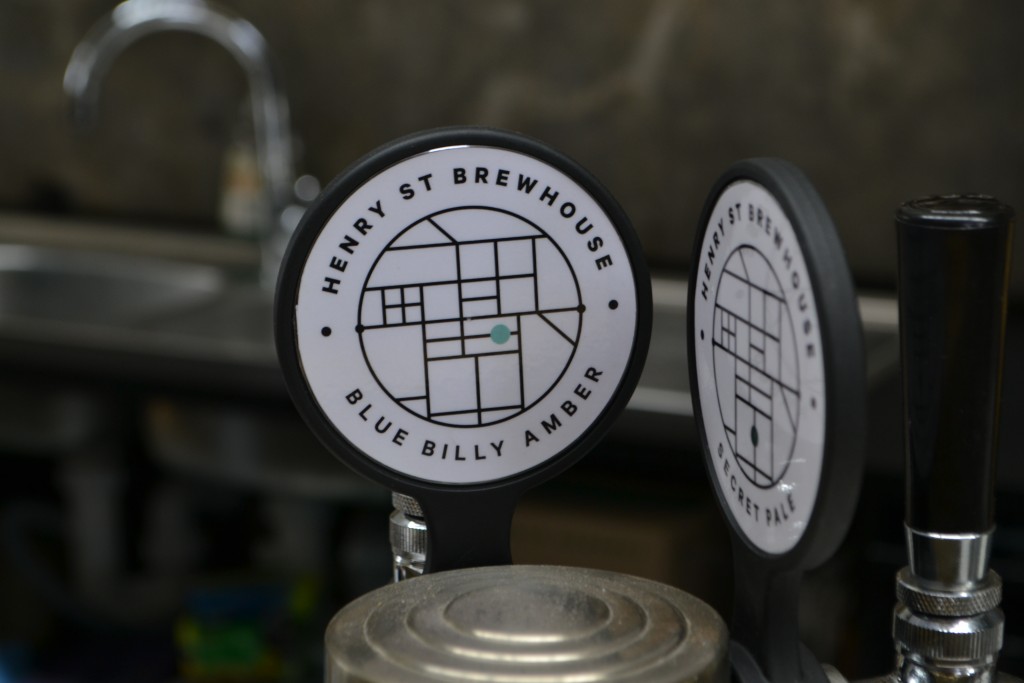 “Phil had been homebrewing for years, using kits and extract and whatnot, and I got on board with it about six years ago. He showed me the initial ropes and gave me some initial tips to help me skip a few bad batches.

“I sort of got carried away with it and made up a fake brand. Doing a bunch of crazy experimental stuff, such as a gluten-free superfood infused extra fizzy hot pink coloured beer.”

Given it sounds like something fellow Melbourne brewery Moon Dog would concoct, it’s probably fitting that Zack also spent time living in the brewery while it was being established, a tale that mirrors the Moon Dog origin story. However, probably to the relief of the locals who Zack tells me have a thirst for their pale, the beer on offer is not as esoteric as the homebrew experiments.

On the day I tasted their Australian hopped Secret Pale Ale, a single hop Weekend Warrior pale (using Warrior hops), Blue Billy Amber, La Divissi Dark IPA, Weizen Wheat and Saigon Summer Ale which uses Jasmine tea and flowers as a dry “hop” addition. Everything was clean and drinkable, with the highlights for me being the Weizen (even though it was still waiting to be carbonated before going on tap) and Weekend Warrior. The Weizen being fragrant and inviting without being a sweet-candied banana bomb and the Warrior offering a great firm bitterness to go with a reasonably lean malt body.

Despite the somewhat tame list compared to Zack’s out-there experiments it was on the back of those that got the duo on the path to their own brewery. 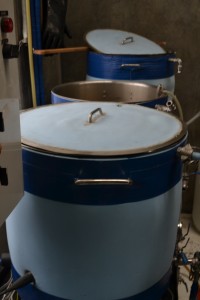 “My renewed enthusiasm for it got Phil back brewing again after a hiatus. We both wanted to go all grain and I at the time didn’t have any backyard space so we started putting together Blue Billy (pictured right), our three vessel single tier hermes system.”

Over the years they perfected Blue Billy and the 100litre system is still how they brew all of their beers.

After travels through South America, and gaining his permanent Australian residency (originally from Guam), Zack returned to Melbourne and attended a few Good Beer Week events that cemented his resolve to become a professional brewer. At time of writing it’s only a few days before he walks away from being an engineer and into being a fulltime brewer. A career change he is very much looking forward to.

“If someone asks you what you do and you say ‘engineer’ they don’t ask you anything else or what type, but say you own a brewery and suddenly they are all really interested.”

Right now the brewery is open Friday evenings and some select Saturday with eyes to expand the brewery and opening hours in the future. For now that doesn’t include plans for food, but nearby Kensington Pizza delivery is becoming a staple for the drinking crowd. A former Friday night favourite of mine I’m sure a Weekend Warrior and a pizza is in my future.

You can learn more about the brewery here, and their very own upcoming Good Beer Week event here.