One of the breweries represented at the Great Australasian Beer Spectapular (GABS)* is not a brewery at all, but rather a homebrewer. Jeff McGrath from Western Australia is the current Australian Amateur Brewing Champion, and his award winning IIPA, based on Pliny the Elder, will be pouring.

Jeff has been kind enough to answer a few questions about his win, homebrew, and even share some recipes with us. Given we don’t do nearly enough homebrew content on this site, I’m excited to share his story and recipes with you.

I just kinda sat there staring at my phone. I just kept looking at it wanting to make sure that I wasn’t misreading it. Its an unbelievable feeling.

Homebrewers kept the good beer flame burning while we were all off smashing down sub-par lagers and thinking we were fancy with premium imports. It’s excellent that they are represented at GABS, and I hope people try his beer. Side by side with some of the biggest names in brewing, it’s an opportunity for the public to see just how good homebrewers are.

Why did you start home brewing?

I started home brewing in early 2009 in the US after getting a starter kit from friends as a wedding present. I had brewed a few batches with them and was really intrigued with the entire process. I was also just starting to get into drinking craft beer. I was buying cases of Sierra Nevada Pale Ale like it was going out of fashion. Just like most home brewers, I started trying to emulate my favourite commercial beers. I’m almost positive they were all very mediocre. I brewed about 20 partial mash batches before we sold everything and moved to Australia. I didn’t bring any equipment with me so had to start over when we got here. I started researching how I was going to set up my new system and discovered BIAB. Due to early monetary constraints, it was the perfect choice. It allowed me to brew all-grain and keep my costs down a bit. After doing really well in the first comp I entered, it started to really become an obsession. I’m glad it did, as I have met heaps of amazing and generous people while being involved.

Brewing has now become a bit of an obsession. Just finishing up building a 4v electric/gas system. Should be ready for the water test in about a week. Sad to give up the system that has worked so well for me for so many years, but I’m striving to be a bit more consistent and really dial in a few recipes.

How does it feel to be the Australian Amateur Brewing Champion Brewer?

Unreal to be honest. I really didn’t see it coming. I was sitting at Feral on a sunny afternoon drinking beer when I got a notification that someone had made a new post to the AABC topic on AHB. They had posted the top results. I just kinda sat there staring at my phone. I just kept looking at it wanting to make sure that I wasn’t misreading it. Its an unbelievable feeling. 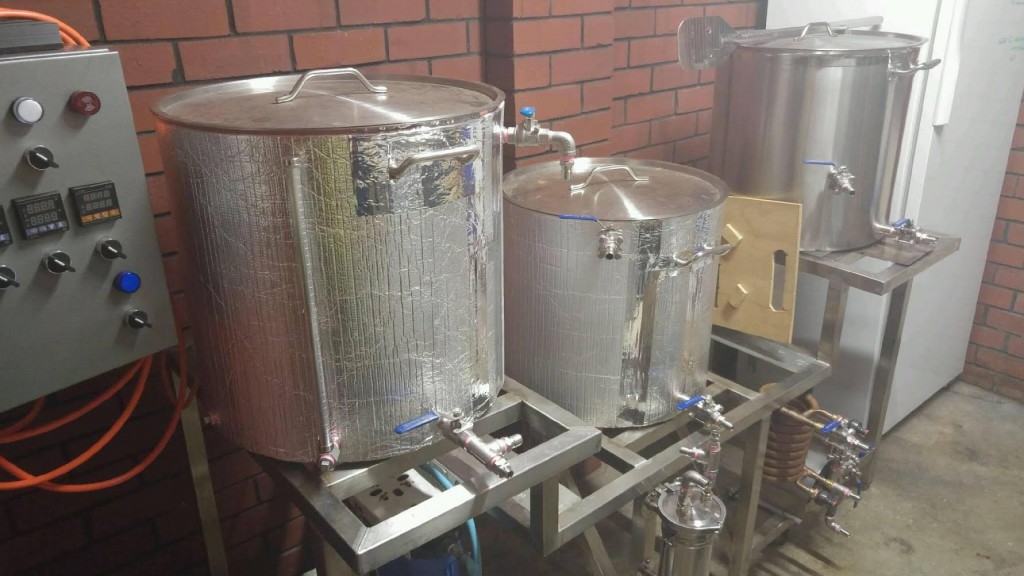 Are you excited to be part of the festival?

Who wouldn’t be? I get to compete against some of the best brewers in Australia and New Zealand. I hope to learn as much as I can while I’m over there. I also get to fly over for a few days and drink beer with friends. I don’t really see a downside.

Where will you be brewing the beer and what’s it going to be?

I will be brewing with Paul Wyman from Colonial. Paul helped me brew my first commercial batch back in 2012 at The Monk, after winning BoS at the WA state comp. I was really happy with the Robust Porter we brewed back in the day, so he was my first choice when I got this opportunity. The plan is to brew the IIPA  that got a gold medal at Nationals. No crazy ingredients, just a nice dry West Coast IIPA with heaps of hop flavour and aroma.

What challenges do you anticipate when scaling the beer up on a commercial kit?

My guess is that the massive amount of hops is going to make wort separation a bit of a bitch. Its a bit easier on a small scale, but we can’t really tip the kettle on a big system. I am going to try to talk Paul into using hop extract for the main bittering addition to help reduce the amount of hop material in the kettle. If not, we may have to change the recipe around a bit.

Given your three winning beers were a RIS, an Imperial Barleywine and an IIPA, that’d be quite the portfolio if you were going to turn pro, any thoughts on doing that?

I have given a lot of thought to going pro. I think it would be a wise decision to get a lot more time in a professional setting before venturing off on my own though. Recently, I completed the IBD General Cert in Brewing so hopefully that will help me get my foot in the door somewhere. I do brew with my mate Damo at Elmar’s in the Valley every once in a while, but its tough getting days off at the moment. I will just keep home brewing until the right opportunity presents itself.

Stay tuned for tomorrow when Jeff shares some of his award winning recipes, including his GABS beer. If you want to hear more from commercial brewers on their GABS beers, check out Beer Is Your Friend and his regular profiles: https://beerisyourfriend.org/tag/gabs-brewer-2016/ – or if you’re really desperate here’s a throwback to some I did in 2012. I believe it’s the first media about now iconic beers Watermelon Warhead and Gunnamatta. Imagine that:  http://aleofatime.com/tag/gabs-2012/