It’s hard to visit central Christchurch and not have some sort of emotional reaction. 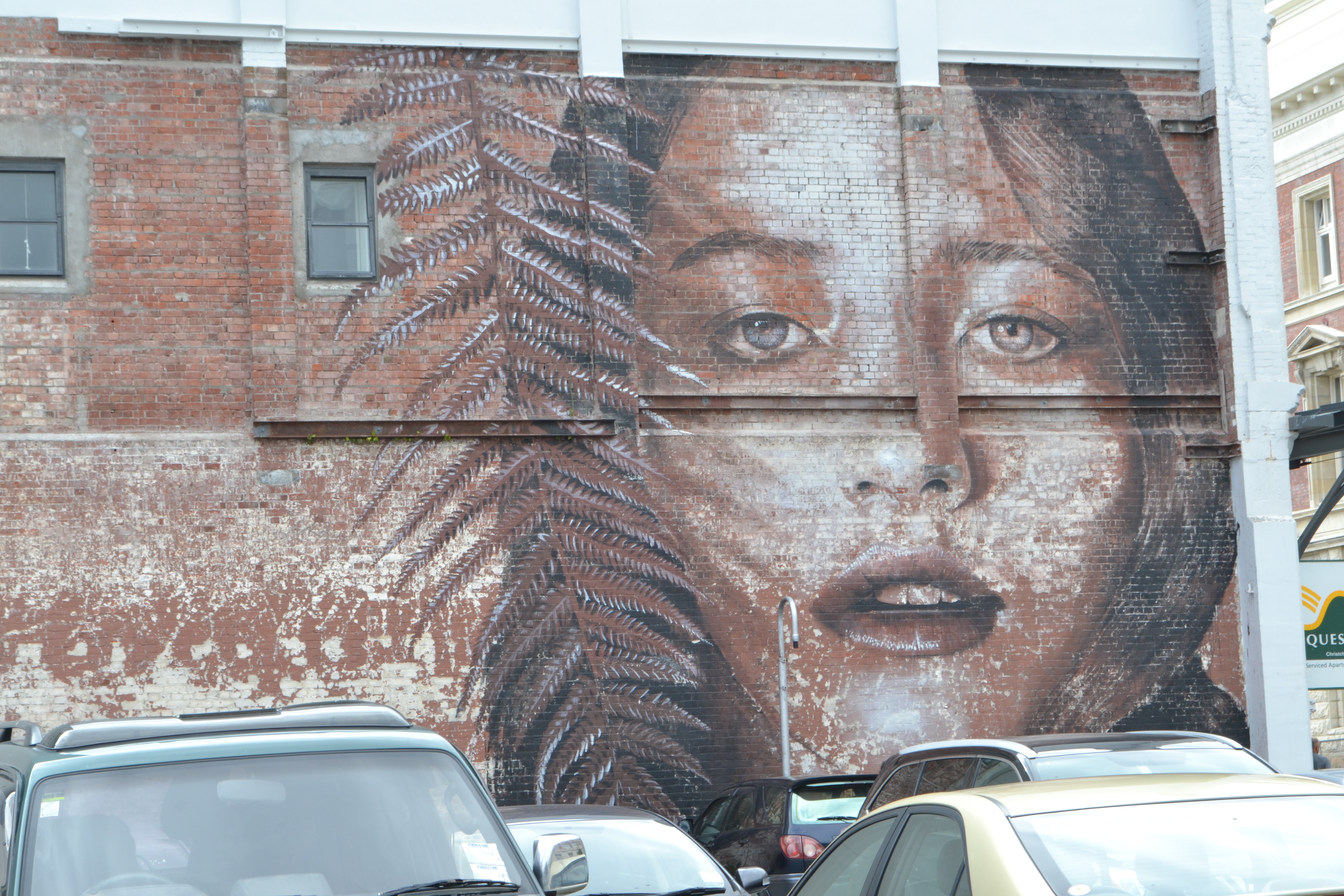 For me Christchurch was always “the city”. Coming from a town of around 4000 people “the city” was an important place. It was where you could buy different clothes, where people were cooler, more fashionable, and better at sports. It’s where everyone went to university, went flatting, got jobs and became adults.

Now almost four years after the most destructive of the Christchurch earthquakes the city is no longer there.

Not metaphorically but literally.

Anyone familiar with the city and who has revisited since the tragic earthquakes will tell the same story of trying to navigate streets and getting completely lost because familiar landmarks and buildings are no longer.

For the most part, there is nothing. It’s a strange feeling and I can’t imagine what it has been like to live through for those who have lost houses, workplaces or even family members. 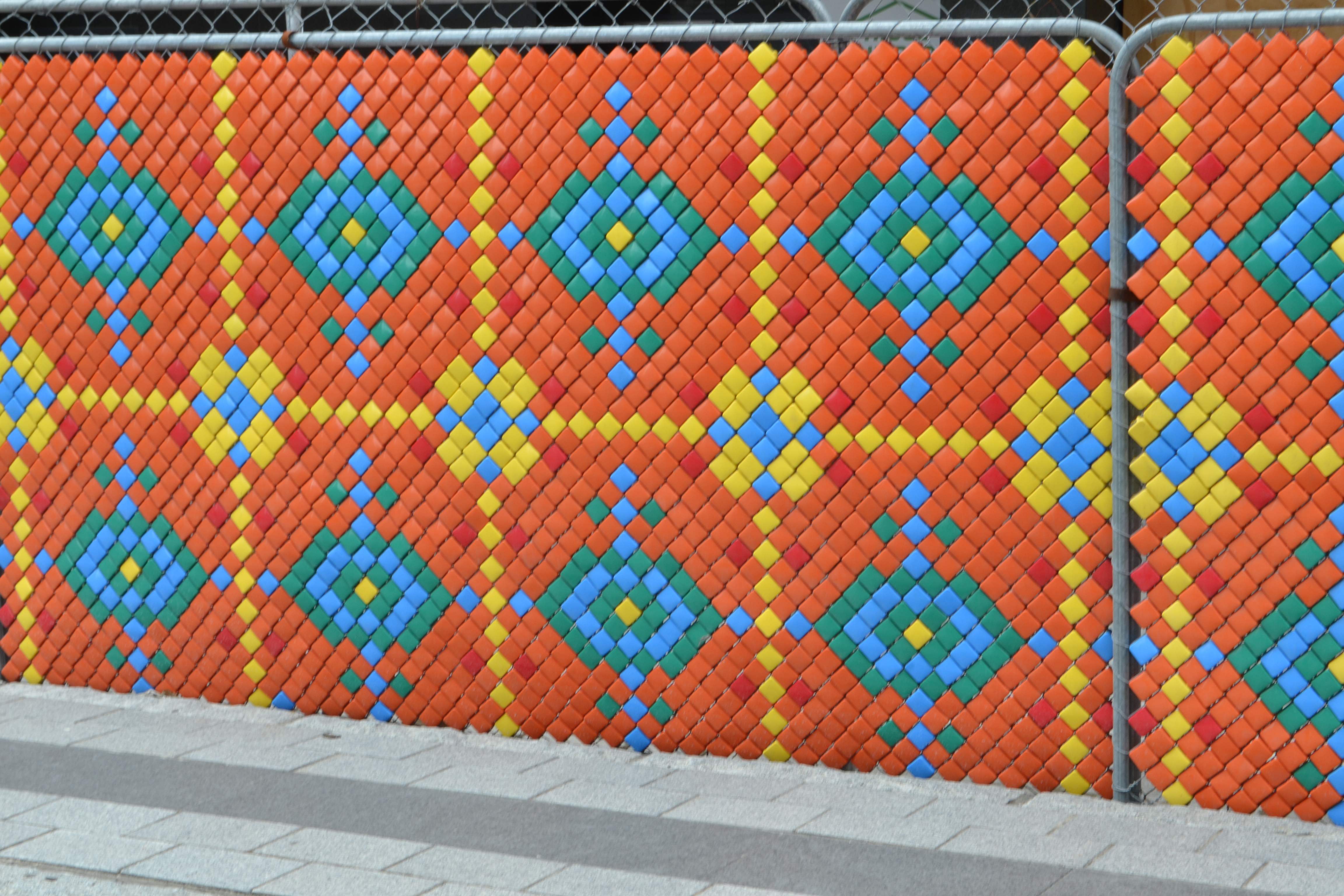 Visiting Christchurch is upsetting; but it is also increasingly uplifting.

Wandering the CBD and around familiar places like Cathedral Square and the Arts Centre, the only people you really see are builders and tradies or tourists with cameras. I was one of the tourists and was concerned about the perception of being a “disaster” tourist – there for a rubberneck; perving on the destruction.

It isn’t the destruction that we were all pevrving on but instead the optimism and hope you find around almost every CBD corner. Chainlink fences have been turned into canvases for a changing art piece. There are giant paintings peaking around corners, while the “Gapfiller” project brings a sense of whimsy and fun to the landscape (check out one of the most recent here: http://www.gapfiller.org.nz/dance-o-mat/), and the ReStart popup/shipping container mall now almost feels as familiar as the Arts Centre once did.

As life goes on, as does the beer industry and in my short time there I took the time to look at three breweries at different stages in their development, from the brand new, to the established and evolving. While it is far from everything Christchurch beer has to offer it does give some insight into how the industry is faring in the city.

I was lucky enough to get a chance to speak to Clayton from Two Thumb at their cellar door (soon to be brewery) in Manchester St. 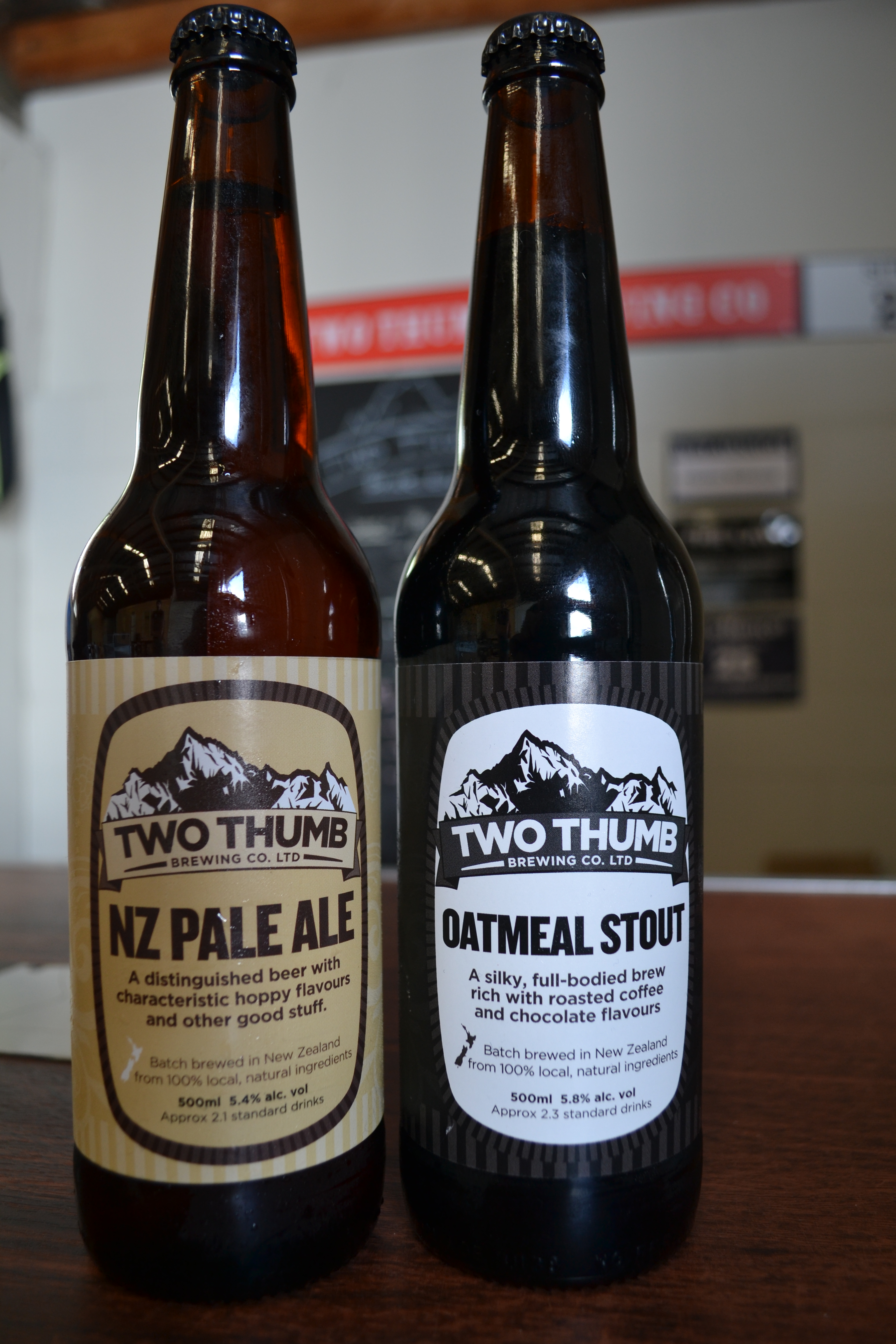 Clayton has a strong desire to keep things local and small, with a big focus on quality. It’s hard to not instantly fall for a brewery with such aims and showing me bottling dates and quality guarantees on every bottle is a sure-fire way to make me swoon.

Currently contract brewing from Three Boys, and working on building the brewery part-time, they are in the process of installing their own stainless (with some of the kit coming from the old Dux De Lux brewery, which closed in the wake of the earthquake but is now rebuilding with two separate food/music venues and new brewery on the way).

With a clear focus on quality, and a name and logo borrowed from a mountain range it’s pretty hard to not draw comparisons with Sierra Nevada.

The only beer I’ve tried so far is their pale, made with all NZ ingredients it has a staunch bitterness and dry finish and will definitely be worth a more in-depth look next time I find a bottle (this one was shared amongst three people at a BBQ).

You can find their cellar door at 352 Manchester St, Christchurch; while bottles can be found around NZ.

A quick bus ride from the CBD, you’ll find the large Three Boys brewery on Ferry Rd. Like Two Thumbs, you can fill your growler/rigger/flagon at their cellar door. 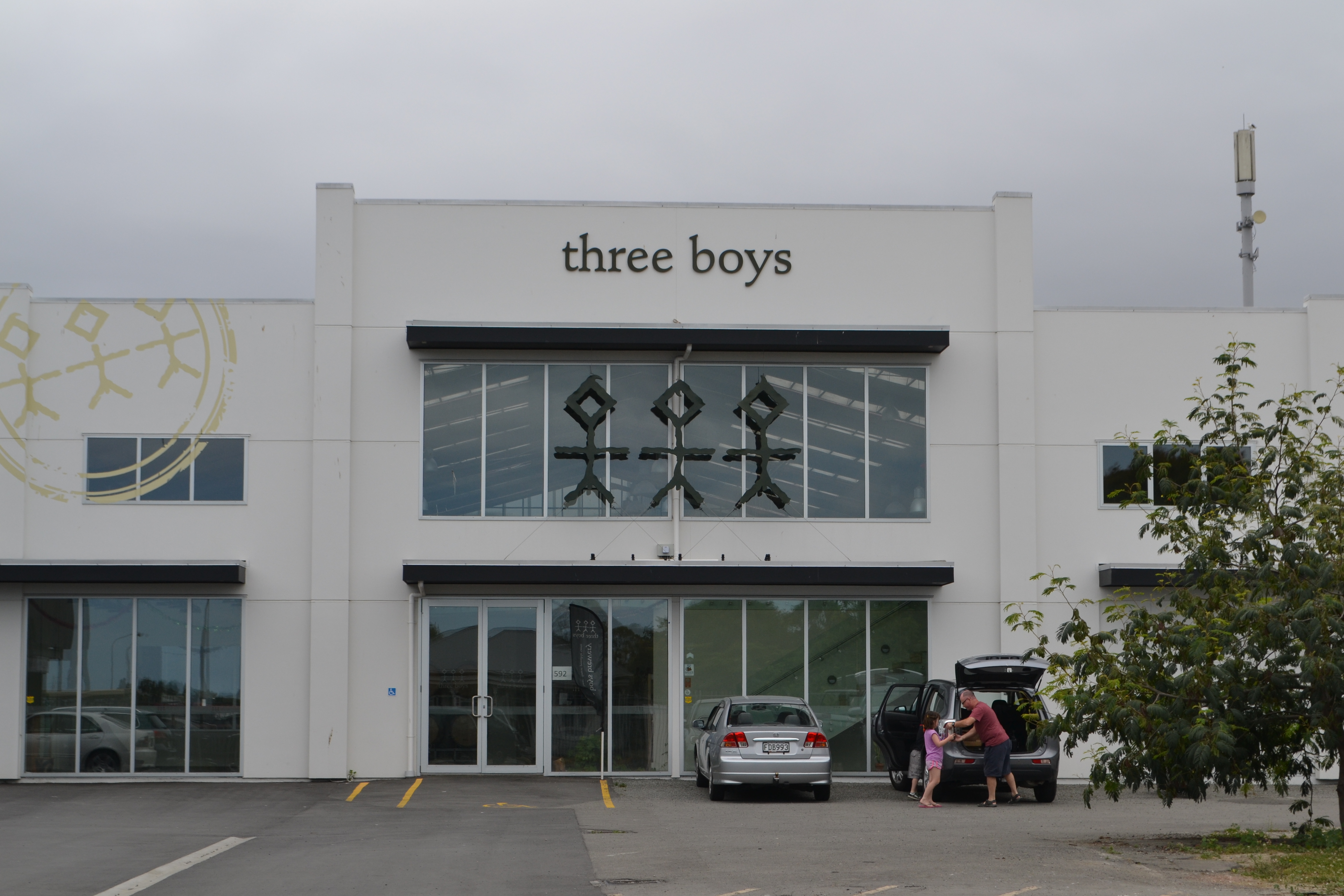 Their seasonal “Oyster Stout” is probably my favourite example of New Zealand’s most interesting contribution to global brewing styles. At the time they also had a Smoked Ale on – which had a great balance of smokey aromas with a dry clean finish.

Kind enough to show me around, the team were busy refilling depleted stocks from the Christmas break (and even readying beers to ship to Antarctica).  The best part of visiting a brewery that you like is seeing them all flat-out. It’s a great sign for business but with them so busy, I bade farewell and wandered on down to the Twisted Hop Pub, just a stones throw away.

Before I left however, brewer Misty and owner Ralph did mention the possibility of putting their Oyster Stout into cans. Given we don’t get their beer in Australia at the moment, canned oyster stout will make it a lot easier on luggage weights for any Aussie beer lovers wanting to bring some back. Next trip I’ll definitely squirrel a few into my bags… and probably my girlfriend’s bags too.

The Twisted Hop’s brewpub was badly affected by the Christchurch earthquake but they were quick to get back on their feet, leasing a new space in Wigram for brewing (in late 2011) and opening a pub in Woolston. Visiting the latter, they had four of their cask pulled beers, with two others on regular taps, and a host of guest taps from around NZ (such as 8 Wired and Fiasco). The pub is a few hundred meters from Three Boys and not far is the Cassels and Sons brewpub, another excellent local brewery pouring beers off both handpumps and regular taps.

I had a great chat to Matt behind the bar who suggested I start off with their session strength IPA “Little Brother” – a smaller version of their flagship Hopback IPA. 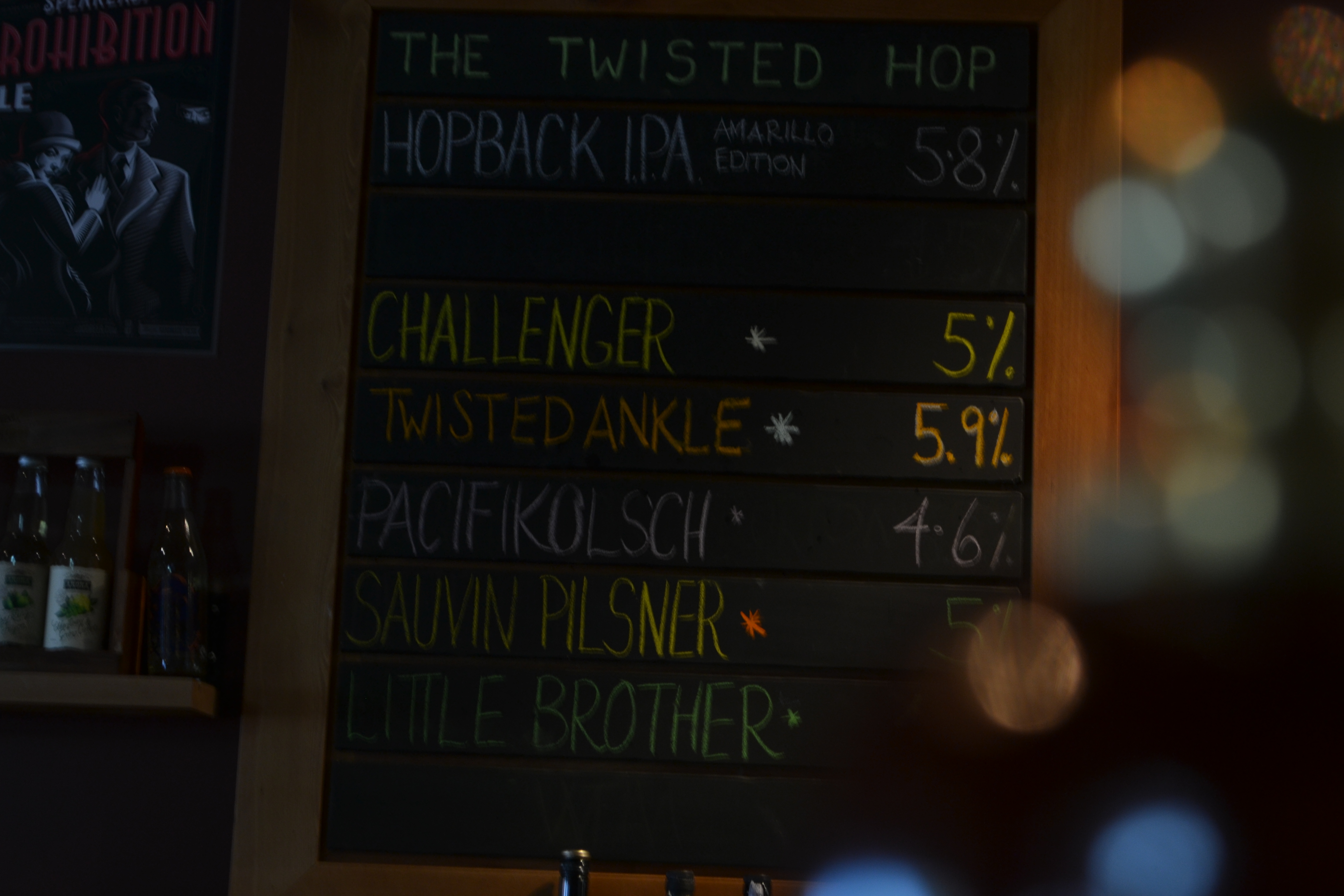 House taps at the Twisted Hop

This new “Session IPA” category is divisive (is it a pale? Are they unbalanced etc etc) but the one thing most people would struggle to find issue with is the quality of this particular version. Being pulled from the cask it gives it a lot more body than most in the category but it still comes out with lovely citrus and tropical fruit aromas and drinks smoothly with a rounded bitterness.

I almost feel like cask session-IPA could just be the best way to serve the style as it gives it a bit more body which I find lacking in some.

Chatting to Jim Holly, the brewer, he was unhappy with the clarity on it and talked me through the number methods he had tried to improve that. From my perspective I’m not too fussed clarity and the beer itself was fantastic either way.

Coming from LA, Jim hasn’t been with Twisted Hop too long but is relishing the challenge of brewing cask beer after spending time in Blenheim at Renaissance. If he’s brewing beer to that, and the standard of the others I tried, then he’s certainly meeting the challenge too.

Currently work is being done on a new brew pub called “The Laboratory” in Lincoln which will feature Twisted Hop beers but also more experimental beers brewed on site. It seems one of the most exciting things to be happening in NZ beer and a place I’ll be keeping a close eye on before my next visit.  In the meantime there is more than enough at the pub for any beer lover.