Me: Yeah it’s great but it’s Garage Project, all of their labels are great

Emma: Well why don’t you marry them?

Me: You can’t marry a brewery, that makes no sense.

Emma: No, marry the labels.

Me: That makes even less sense?!

We just had this discussion when looking at the label for the latest Garage Project beer to make it to our shores: La Calavera Catrina. It’s a lager with rose water, watermelon and habanero chilis… Lots of them apparently.

Now I don’t have any plans to go marrying this beer, or the label or the brewery, but I would be lying if I said I didn’t have a bit of a crush on them.

Everything they do is interesting, presented well and most of all, pretty damn tasty.

We don’t get a whole lot of their beer here in Australia and what we do get is snapped up fairly quickly.

I made sure to grab one each of what was available in the latest batch, a Day of the Dead (black lager), Hops on Pointe (a lager, finished with champagne yeast and brewed for the NZ Ballet), Lord Cockswain’s Courage (a blended porter, whatever that means), Trip Hop (unsure if this is an ESB or IPA, but apparently it is loaded with hops), and of course the La Calavera Catrina.  There were some cans of Death from Above (their GABS 2013 beer) but I missed out on those due to a delivery mixup. 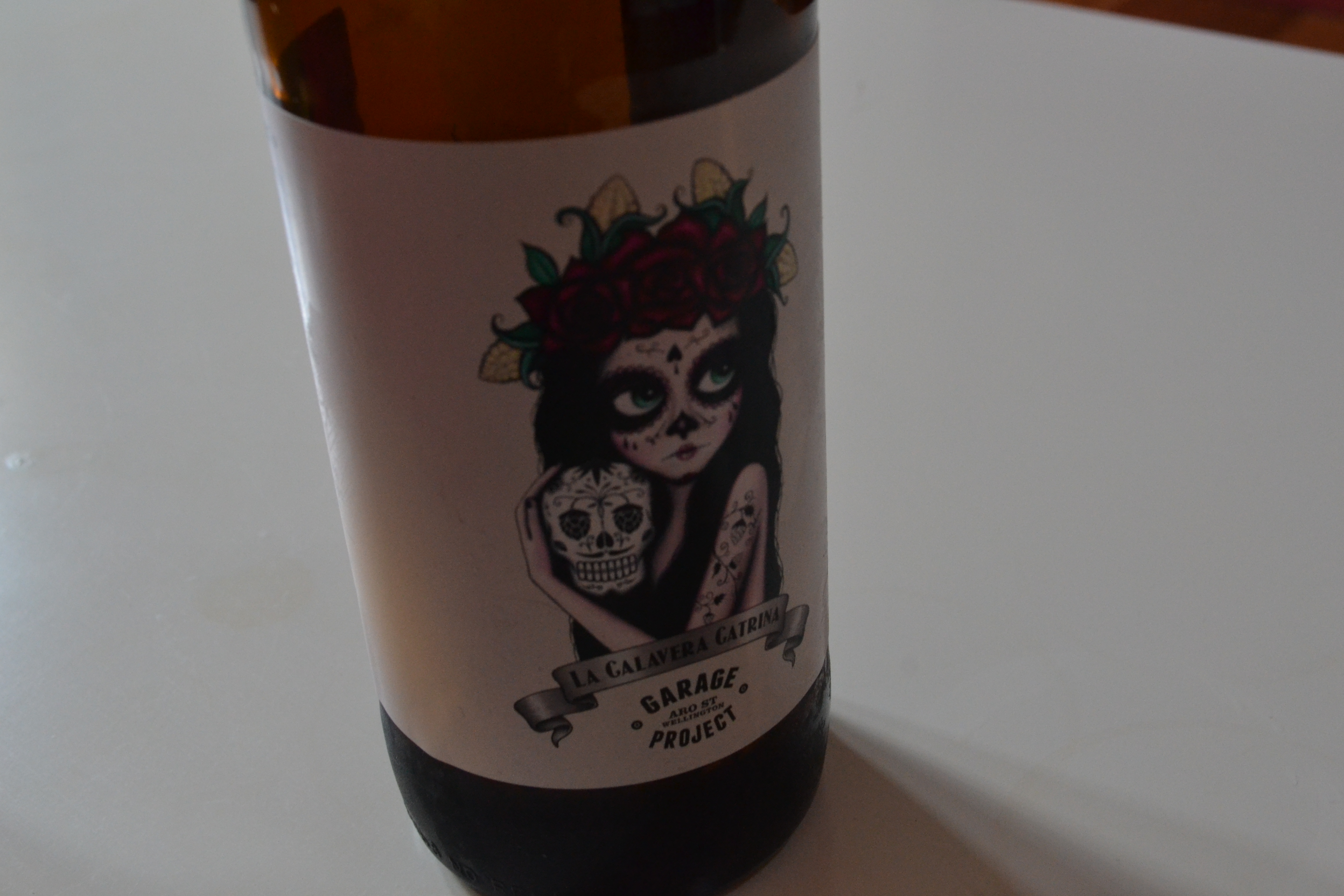 Brewed to coincide with Day of the dead celebrations (halloween) it takes it’s name from a famous sketch by Jose Gaudalupe Posada. Read about that here: http://en.wikipedia.org/wiki/La_Calavera_Catrina.

As mentioned, this is a lager, and  when I opened the bottle I was surprised by how much it smells like one.

I know that sounds a bit silly, but with the chili, rose water and watermelon, along with the brewery’s penchant for being slightly heavy handed with hops at times (I’m looking at you Pils ‘n’ Thrills), I expected to struggle to find that sweet grainy lager aroma – but it was right there.  Front and centre.

Looking at the label your eyes can’t help but be  drawn to the innocent round eyes of the girl and it takes a while to notice the skull from their Day of the Dead label in her hands. It’s unsettling and the progression from innocence to something more sinister is mirrored in the beer itself.

This clear, bright yellow lager with a dissipating head, looks as innocent as those big  eyes but it only takes a sip to have the intense heat of the habanero leaving your mouth tingling as the beer dries quickly on the palate. This is a spicy beer and may turn off those who don’t like chili; but the more you drink it, the more the rose water and watermelon become increasingly noticeable.  They round out the harsh edges and give the beer a softness.

However, at the root of this, it is still a lager from top to bottom. 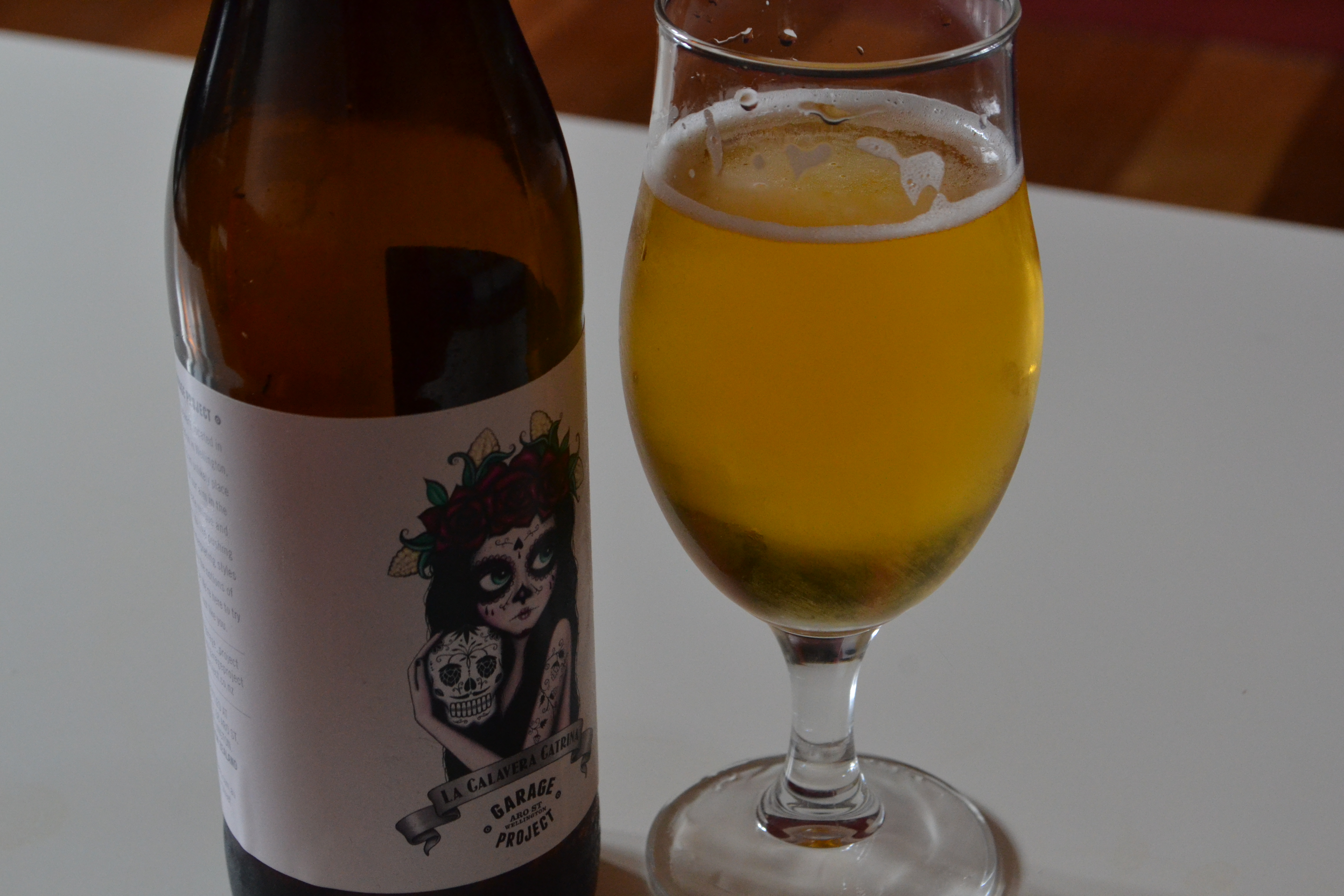 That is probably the most remarkable thing here. It’s not a chili beer, nor a rosewater/watermelon beer. It is a lager. Each ingredient plays their part and plays it well . The whole thing is reminiscent of their Death From Above, which has chili, lime,  and mango; and is a firm favourite for many beer lovers around this part of the world.

As I drink this beer all I can think of is how much I want to drink it with a shot of good tequila, a pulled pork taco and plenty of fresh lime on the side (not in the beer of cou… ok wait, no that does actually does sound pretty fun).

Garage Project have an uncanny knack for getting unconventional ingredients to work together.

They also have a knack for doing interesting things and executing them effectively. Another recent example would be the specially made hot poker they use to caramelize their Lord Cockswain’s Courage for serving – seen at Beervana in Wellington and more recently at the Local Taphouses in Sydney and Melbourne.

Sure it’s a gimmick… but it actually works.

They are making brilliant, unique beer with attractive labels and going out of their way to present them in an exciting manner to their customers.  In my mind they might be close to being the most interesting brewery in Australia and NZ and they are consistently showing they have the beers to back it up.

So maybe I would marry them.

There. I said it.