In the bottlestore today I couldn’t resist grabbing a can of Evil Twin Hipster Ale. Emma asked me why and I said “so I could whinge about the word hipster on my blog”.

As you can tell, I approach my subjects with almost science-like methods.

whining about how the word hipster is very overused. Every damn food review has to squeeze in the word hipster. Some recent quotes I’ve seen are “hipster mexican food chain”  or “This is a great place, just don’t tell the hipsters”.  Get over it everyone.

Does anyone even know what a hipster is anymore? It used to be purely for people wearing cardigans, thick glasses and doing cocaine, but now liking something even slightly different brands you as some sort of hipster.

And everyone is so worried about being a hipster they have to preface things by saying “this might sound hipster but…”. Argh.

So here I am, with a hipster ale and no idea how to approach it. Lets see how this goes down I guess.

Evil Twin is Danish and contract brewed in the “gypsy” style, just like Mikkeller. In fact… brewed by Mikkel’s twin brother.

Gypsy brewing is super in right now and I love it. Like, it deconstructs the concept of brewing. 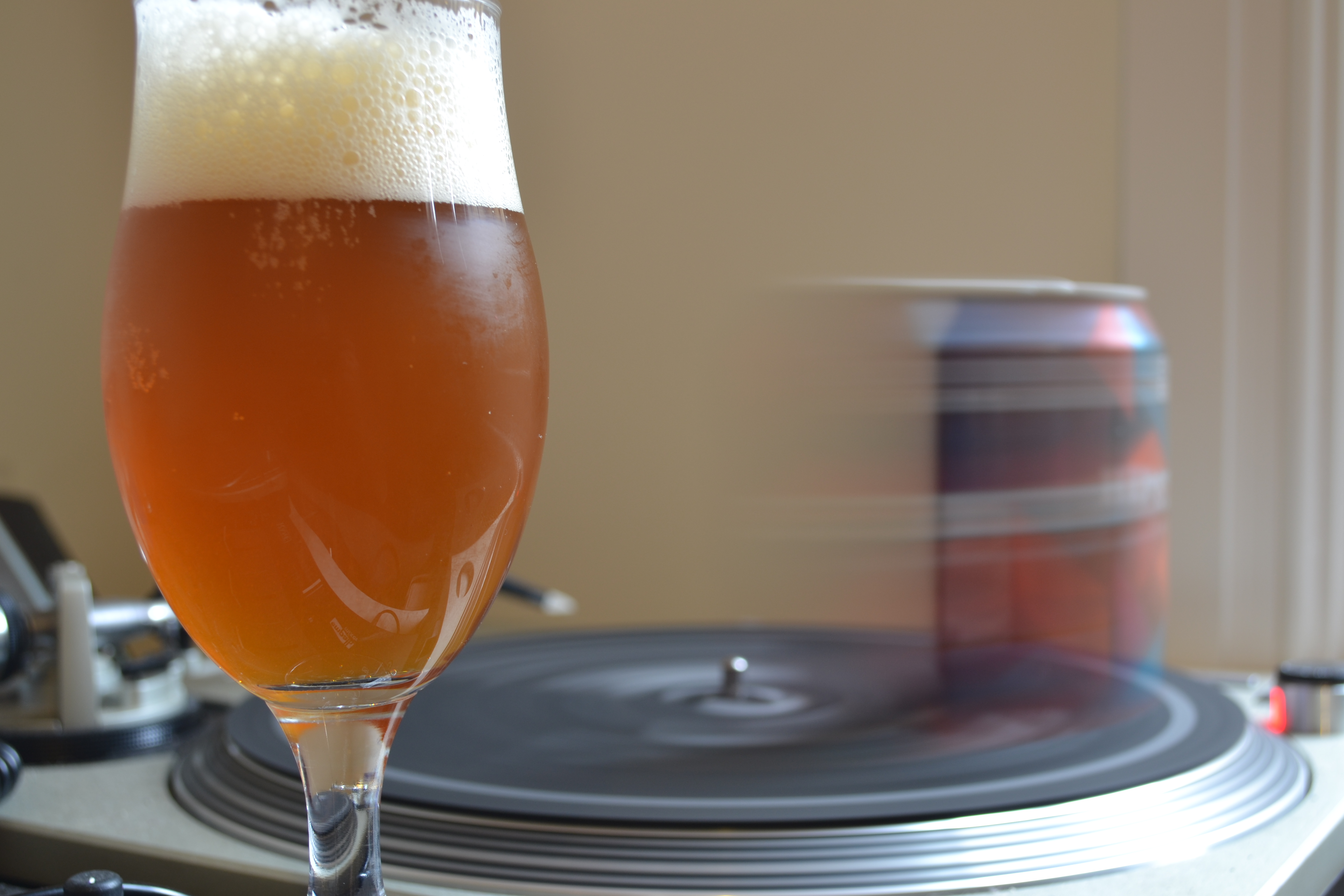 I compare it to the idea of Lars Von Trier and the Dogma 95 film movement. Von Trier was Danish too. Danish is very European. Which I love.

How does it look

The can doesn’t really scream “hipster”. I guess it is kind of 80’s but the font isn’t even in helvetica and the can doesn’t even have a moustache on it. I mean what the hell guys?

At least it is in a can though.

Bottles. So tired of them.

The only time bottles are cool is when I can sample the sounds they make for my next album. It’s post-Girl Talk-esque. Very forward but also introspective.

The beer is kind of cloudy orange with a clear white head. Again, a severe lack of moustaches when poured. Nothing to indicate that this was something “hipster”.

Don’t fret everyone, I’ve made sure to fix up this hipster hate-crime by attaching a moustache to both the can and the glass.

Being so hipster myself, I always keep spare moustaches on hand.

I mean, what am I? some sort of goth?

Smells like pine, citrus, pineapple, all that shit. To be honest I liked these smells about five years ago, now I’m a little over them. American hop aromas are so cliche.

Although I can’t wait until they are so overdone they become ironic.

Then I’ll really be into it. You know?

Tastes more of the same. Juicy citrus and tropical fruits give way to a solid bitterness very quickly and a strong taste of honey. Honey is cool. Bees.

Unfortunately it finishes kind of flat… I wanted fresh and zingy like the new Tegan and Sara album but it finishes dull and lacklustre like the last Dan Deacon album.

This beer feels super self-aware and very meta. Current but full of cliche. Well intended but not finishing well.

8 Wired: Hopwired – Out of NZ this IPA has a similar hop profile with a bigger finish.

Prickly Moses: Raconteur IPA – A very solid Australian IPA which was tasting brilliant last time I had it on tap.