I would like to talk punk rock. And no, I don’t mean a certain Scottish brewery who insist on constantly telling us how punk they are while happily taking fat Government paychecks*.

What I want to talk about is a revelation I had while seeing one of my all time favourite bands, Bomb the Music Industry.

It was the end of their last ever tour of Australia, they were playing a 30 minute set at 4pm, in a youth centre in Footscray (Melbourne suburb with a very bad reputation) on a Sunday to a small crowd of mostly teenagers – who were there to see the Smith St Band.

Only a few days earlier the guitarist from The Bennies, also on the tour, was stabbed after a show in Byron (he is ok now for the record – also the Bennies are awesome live).

Now I can’t be sure what motivates you but I can imagine that if you were Jeff Rosenstock; driving force of BTMI and semi-retiring punk rock singer whose music has been featured in both the Office and Weeds, I’m sure you would find it difficult to get inspired to put 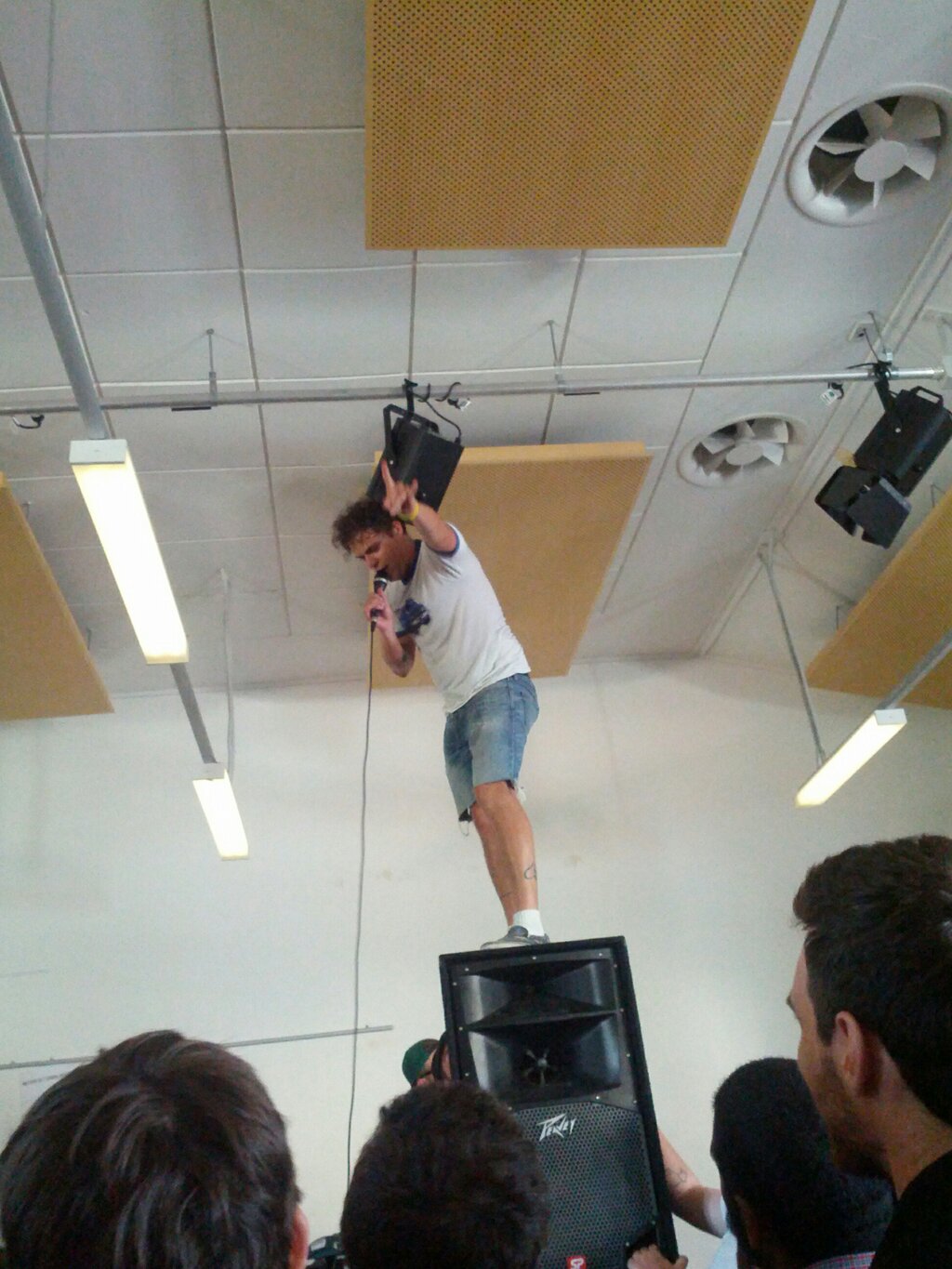 on an awesome show given the circumstances.

However, during their short set what we got was intensity, passion, joy and a sweet stage dive off the speaker tower (pictured).

I can’t help but compare this to the current beer industry. With small producers doing it with tiny profit margins just to share their love for beer and what they produce. And like a lot of my favourite bands, many have other jobs just to support their passion.

This was mixed with the realisation that something I love is never going to be loved by the masses but rather a tiny part of a tiny market. Many of my favourite bands never get noticed by more than a handful of people and it is the same with many of my favourite beers.

The things I love are unloved or unwanted by the majority. That might seem gloomily introspective but it is as true as it is sad.

As we see an increase of cynically produced cash grabs aimed at the unaware beer drinker I can’t help but notice my peers continuing to discuss and dissect each one. Every time a supermarket chain, multi-national brewer or some marketing company formulates a beer aimed at the new beer market, our community can’t shut up about it.

One of the most common mantras is “well you never know until you taste it” but I don’t particularly want to know. I’ve been disappointed many times by these beers so chances are I already do know and more to the point, I don’t actually care.

I sometimes wonder if as a community we keep buying them just to moan on the internet when they are thin, uninteresting or not even close to what they pretend to be.

Why does the community need to feel like it is in charge of quality control for the major players when our money and time would be better spent talking about brewers who care about you more than the bottom line?

As beer gets more attention, I encourage and I hope beer lovers are willing to focus on everything that is great that is happening right now. Increasing styles, more breweries, more beer lovers, and all around just more fun.

Next time you choose a beer maybe think to yourself “would this beer be willing to stage dive at a Footscray youth centre?” (or if you think it’s snappier; WTBBWTSDAAFYC). If your answer is no, maybe you need to consider something else?

*For the record I think what they do is amazing, I’m just taking the piss.