Top Five Beers To Get Your Man Crazy About Craft

Ladies, you know what it’s like. You get to the bar, ready to get some real tasty beers into your face, and the blokes in your party have that look in their eye. The one that is partly “I’m a lost little lamb” and “I don’t see anything I recognise”. Or maybe “I’m going to ask if they have a Corona”.

We all know it. Blokes are rubbish when it comes to trying new beer. If it’s not their usual run-of-the-mill sweet lager then they’ll have a bit of a cry about bars not having any real beer anymore. “Wah, I just want a beer, not this fruity hipster stuff”.  What are we going to do about these fellas huh? Send them packing off to a bar where they can grunt in silence and talk about the time they had “beers with the lads”. That would be too easy on them. And we want this to be inclusive.

To help you out I’ve put together a list of the top five beers to help convert men, either your lovers, husbands, or friends, into card carrying crafties. I know its not easy but you’ll be happier for it next time you go for a couple of after work bevvies and not have to hear them whinging about the bar not having Carlton Draught.

Most people would think a Temple Powerstance Pilsner or a Rye Hard would be the blokiest drinks when visiting Temple in Melbourne. But that would be entirely incorrect. Powerstance is a great pilsner with a gorgeous grainy profile and just enough noble hops to make the whole thing sing on the palate. It’s too good. Blokes won’t be ready for this note-perfect recreation of a classic pale lager. They’ll be wondering why it’s not sickly sweet and undercarbed. It’ll be too confusing. 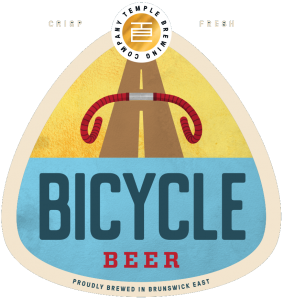 And Rye Hard might be tempting because of the whole Die Hard thing, but one sip and this bloke’s face will be screwed up in a sea of spicy bitterness.

A gentle, easy drinking Bicycle beer. It’s pale so it won’t freak them out, and not too bitter with a nice fruitiness. They’ll pretend they aren’t into at first but get them a pint and watch them reach for another.

Next time you are picking up a Lindemans Cuvee Rene or Cuvee Rene Kriek for yourself, think of the man in your life and grab him a Kriek. Tell him it’s a Belgian sour beer and he’ll be a little bit interested (don’t use the word “lambic”, it’s too foreign sounding). Talk to him about the wonderful history of sour beers in Belgium. A land brutalised by war but tough enough to keep a proud beer drinking tradition. Maybe the proudest in the world. Tell him how they add cherries which give it the colour. Don’t mention the sugar or juice because guys like to think they don’t like sweet things. I know these are the same people that love chugging down chocolate milk, Coca Cola and sweet lagers all day; but that’s manly for some reason. I’m not sure why chocolate milk is marketed as a mans drink here in Australia but it is and we just need to accept it.

That bloke palate is primed for the sickly training-wheels Lindemans range. The best part; give him a sip of the sweet stuff then a sip of the legit sour stuff and he’ll make all sorts of faces and leave you to neck a 750ml of Gueuze to yourself. 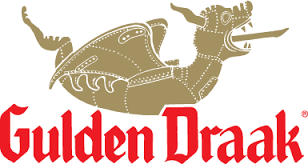 Speaking of sweetness and Belgian beers, this is the top of the heap. Firstly tell the poor fella that he’s getting a 10.5% beer and he’ll be like “omg woah I’ll get smashed. The boys are gonna love this story”.

Secondly it has that white plastic label – this is crucial. Start picking at it absent-mindedly and before you know it he’ll make the old joke about sexual frustration and picking at beer labels, which dudes love. His spirits will be lifted and this craft beer thing will start making sense. He’s having fun now!

And finally it is sweet as anything. So like the Lindemans, his palate is pumped for that sweetness. Turn on some footy and watch him fall asleep by the third quarter. Then you can turn your attention to whatever goodies you have in your cellar that you don’t want to share.

Men just love a cider. They pretend they don’t but make it a sneak attack on a hot day. Get him one “by mistake”. Watch him guzzle it down, happy as a clam. He’ll think “this is a bit different, and not so bad”.

Fortunately for you, many modern craft breweries are making a sweet version for blokes just like the ones in question. It’s a stealth maneuver. It gets them familiar with a new brand. One that isn’t on TV. It’ll give them pause to reconsider what they know about boozing.

The beer that has launched a thousand dudes into “wow-weee craft beer” territory. It’s sweet, it’s 18%, and has all sorts of idiotic punk rock and video game talk on the label. Admittedly it’s a bit of a mess but male palates are barely formed so he wont notice the harsh jagged edges, and instead be embracing the sweet sweet high-abv-monster destroying his palate. If the boys loved hearing about Gulden Draak, then they are really going to get a kick out of this.

An 18% beer? Who even knew!!! Who are Brewdog, do they do anything else just as crazy.

lol they don’t even know.