Don’t Try To Not Sell Me A Beer 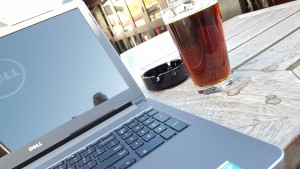 Us beer lovers have a list of gripes about the way venues present product. Most are probably a little petty once you boil it down. If the beer is coming out too cold then we can just wait ’til it warms, if their taplist isn’t up to date on nowtapped then everyone will still survive, if it’s served in a pot rather than a teku then the beer isn’t absolutely ruined, and if the staff don’t know the technicalities of a West Coast IPA then the sun will still rise tomorrow.

While there is legitimacy in those gripes to an extent, realistically it’s not always practical with the day to day operations of a busy bar. I’m sure most people understand that even as we whinge about it on social media.

However, in the past week I was part of a really interesting series of exchanges, and then told of another, that raised my eyebrows.

Let me paint a picture…

A busy Melbourne beer bar. One known for it’s love and support of great beer, one that we enjoy, and one that always has something fun to drink. Three of us, just hanging out, conversing, enjoying a drink. One of our party spies an unlabelled but bulky tap handle. Our curiousity is piqued and the party member approaches the bar.

(I was not on hand to hear the exchange verbatim so this is paraphrased, but I will put it in quotes for ease of reading)

“What’s that unlabelled tap”, he asked.

“I don’t know, it’s really expensive though, it might be a double IPA”.

“Not sure, it’s really expensive”

“Yeah I think it’s a double IPA, it’s expensive, let me look it up”

The computer is consulted. No answer is given.

Our party member leaves the serving area with another beer.

We send a second party member in to battle.

“What’s that one there”

“Some double IPA, it’s expensive though”.

She leaves, with a different beer.

We eventually learn the beer and somewhat out of spite, we buy it. It wasn’t a double IPA, but it was expensive… but this is beer in Australia. We are used to that.

Later at the same bar, a lady asks for some assistance from the staff.

“You might want to try this pale, or we have this IPA…”

Staff member looks at the next tap, a unique, quirky, easy drinking sour-style.

The same weekend, in a different part of Australia, a customer asks about a beer…

Customer purchases the beer based on the brewery’s reputation and discovers it tastes exactly like a beer and is delicious.

These exchanges are bizarre to me.  And probably pretty painful for brewers to hear. All the effort to get the product made, distributed and finally into a flash beer bar and the staff are actively trying to not sell it.

Warning customers of the cost without telling them the benefits. Without saying “it’s expensive but it’s bloody good”, or “you might like this one, it’s a bit unusual if you aren’t used to it, but give it a go!!”.

Remember the customers are there asking about the product because they want to buy it. Don’t actively try and not sell them on it.