A naive snob’s perspective: Big business and selling out

Right now we are watching the beer industry go through all sorts of massive change and as “craft” beer growth continues the massive multi-national beer companies are starting to bust open their wallets and see if they can get themselves a slice of that pie. 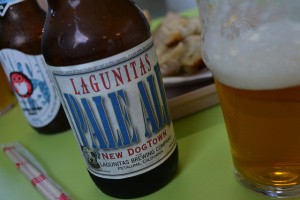 One of the latest (not the latest after Saint Archer was bought out by MillerCoors) was this deal between high-profile craft brewery Lagunitas and international giant Heineken International. Lagunitas itself is no minnow of the beer world and prior to the deal was the 6th largest “Craft Brewery” in the USA (after the sale, under the US Brewers Association definition they can no longer be considered a “Craft” brewery).

After the announcement, social media and message boards lit up with the usual debate of “screw those guys for selling out” vs “good on them for getting paid”. However in this instance the selling out calls were louder due to the founder of Lagunitas and his past-penchant for harsh criticism of breweries who have done exactly what he has now chosen to do.

Selling ones brewery is selling all of ones best friend's careers, their hearts, the portion of their lives they spent working for you.

Being firmly in the “screw those guys for selling out” camp, I’ve noticed the “good on them” camp making the patronising insinuation that to not be ok with big-business-owned beer makes you a beer snob and naive to the ways of the world. The catch-cry of that side of the debate often being “it’s what’s in your glass” that counts.

However, we know that Lion Nathan/SABMiller/Heineken etc etc aren’t really interested in putting great beer into our glasses because collectively the big brands have had almost a century worth of free rein and cash to do it. They’ve simply spent that time giving us the illusion of choice.  Branding similar tasting lagers in different ways to make them seem radically different and they aren’t now buying up or creating “craft” brands to help the market grow in new and exciting ways, they are doing it so they can keep control of what you drink and keep control of their bottom line.

That may seem dramatic; but when you consider a market retraction is pretty much inevitable, as hype dies and trends change, then not every brewery is going to survive.  If what’s in your glass is important to you then you better hope it’s important to people brewing it as well.

As a consumer and commentator I want the breweries that I love to make it through the undulations of market trends and the breweries that I love are (mostly) small, independent or family owned, unique, involved in their community and involved in the wider beer community. They aren’t the ones obsessed with growth, shareholders and dumbing down beer to the wateriest possible degree.

Idealistic? Of course; realistic in every purchase? Of course not – but having some rules to guide my purchasing decisions shouldn’t make me a naive snob. To me it means actually caring about what’s in my glass in twenty years time, rather than right now.

It’s almost impossible to think of Tony Magee as anything but a literal sellout for lying to his fans and supporters. It’s his business what he wants to do with his business but he bought the rhetoric to the table in the first place. That’s why so many have been critical of him and that’s why I’ll try avoid buying one of his products at any cost. He has shown the industry what little integrity he has and in the process teamed up with a brand that I have zero interest in as a beer lover, and one that doesn’t really have any interest in us. Why would I ever dream of supporting that?