There is a radio station in NZ called the Rock. It’s aimed at dudes love super hard rock music featuring other super hard dudes. When I visited the website today it said they were playing Lump from the Presidents of the United States. A super hard rocking song that should definitely still be played on the radio in 2017. It was on the Thane & Dunc show.

“Thane, should we play Creed or Live today?”

“Dunco, me ol’ mucker…I’ve got a deep cut for you that will blow some minds.”

They followed that up by a song from the Staind, and then a song by P.O.D. This is an actual radio station in 2017 and somehow they have enough confidence to try and diss millenials. Like “oi millenials, you should listen to Staind”. Haha that is so sad. Also on their site is “Rog’s Babe Of The Day”. It’s a page that is curated by a guy named “Rog” and it seems all Rog does is go through instagram to creep on girls to post on their site. Fuck me that is creepy.

Anyway, they are dissing millenials because we are drinking craft beer.

A recent study of 10,000 drinkers in the U.S found 57% of millennials were drinking craft beers every week, and even prefer whiskey, gin and vodka ahead of good ol’ fashioned beer.

Oh no the kids are drinking boozier beer and hard liquor.

Mate, you don’t look any cooler with your wanky craft beer or perfume-tasting vino. Just grab a Heine and sit the hell down.

Sounds like its time to pick up our balls and start fighting for the beersies that really matter.

Yeah you are reading that right. Our balls have dropped from drinking hard liquor. So we should go back to drinking 5% lager from billion dollar companies. I’m assuming when we do our balls will be lifted up back into our body? I dunno, I’m honestly confused by their stance on puberty.

Also we don’t look cool. You’ll probably want to take a look at their morning show to get an idea of what cool actually looks like. 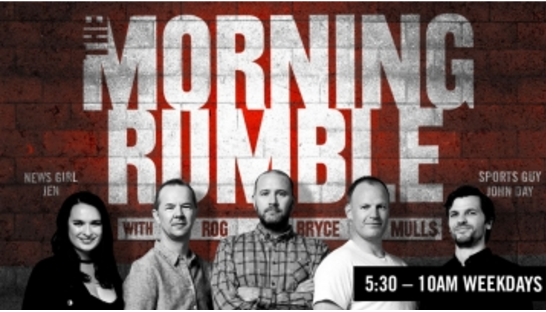 There you can see Rog, all squinty eyed, just waiting for the photoshoot to end so he can trawl instagram for a perv fest. All up, just a cool bunch. Millenials, put on some Staind and a bland shirt and you will be as cool as this lot.

Anyway, if you visit their site make sure you click on their “Funny Shit” tab which will take you to the Daily Dump page. Haha it’s a poop joke. Oh man.