Podcast ‘sode 43: Crownies with Wolf of the Willows 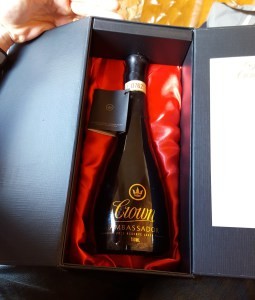 This week we drink Crown Ambassador with the Wolf of the Willows husband and wife team. We dissect the beer, then we move on to learn all about their plans for their new brewery in collaboration with Bad Shepherd in the suburbs of Melbourne. Both of us are big fans of their beer and we get some scoops on upcoming draught beers and new forms of packaging for their existing beers. Additionally we get some insight into what it’s like starting a brand and a brewery from two people who are right in the middle of it.

Wolf of the Willows is partnering with Bad Shepherd:

And mentioned the Bayside Brewers and their Oktoberfest:

As well as brewing at Cavalier:

And Grape and Grain

As well as their friend’s food truck “Van Go”

Their beer is Longrain in Sydney:

Luke the Crown Ambassador (Linked above)

Luke recommends headphones… none in particular, but just good ones.

Tags: Bad shepherdhomebrewpodcastwolf of the willows