And The Boorish Sexism Just Rolls On…

Wet and ready right in front of you, a ripe and juicy peach
And you know that you could taste it all if you had the balls to reach
Take it roughly in your hand and tear away the seal

How rapey do you want to get? Because that is how Black Hops describe their newest beer.

(Edit: They have issued an apology about the beer. Not the creepy poem. Read it here)

“Ooh I bet the lefties are going to be triggered” the comments on Facebook say. Of course they are and Black Hops know it. Ignoring the fact that women are harassed and assaulted frequently in bars and pubs. Being made to feel unwelcome, being made into objects so the boys can have a few laughs. And instead of creating a positive space and set a positive tone for the industry they have decided to embolden outdated attitudes in fuckwits that are too stupid to get their smooth brains around the fact that the world is more than just shit jokes (and sexism aside it is a pile of shit attempt at comedy). 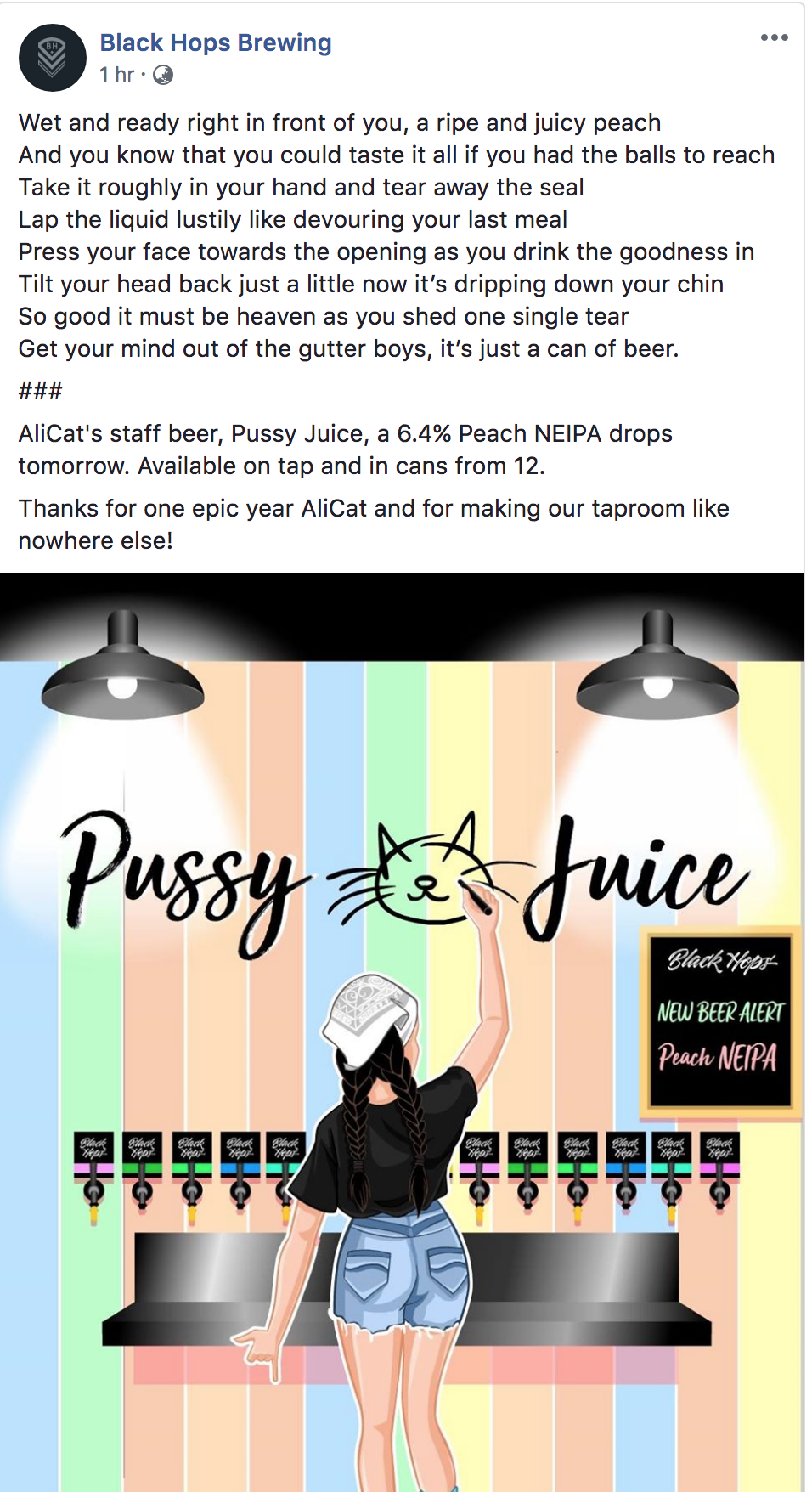 I haven’t seen an apology or defence yet but I’m going to put money on that it’s “it was made by Ali, who is a woman! So it’s OK!”. But let’s make no mistake here that this is a beer for the lads. They even say it themselves in the post. Other than talk of having “the balls”:

Get your mind out of the gutter boys, it’s just a can of beer