There is a fifth dimension, beyond that which is known to man. It is a dimension as vast as space, and as timeless as infinity. It is the middle ground between light and shadow, and it lies between the pit of man’s fears and the summit of his knowledge. This is the dimension of imagination. It is an area which we call The Twilight Zone 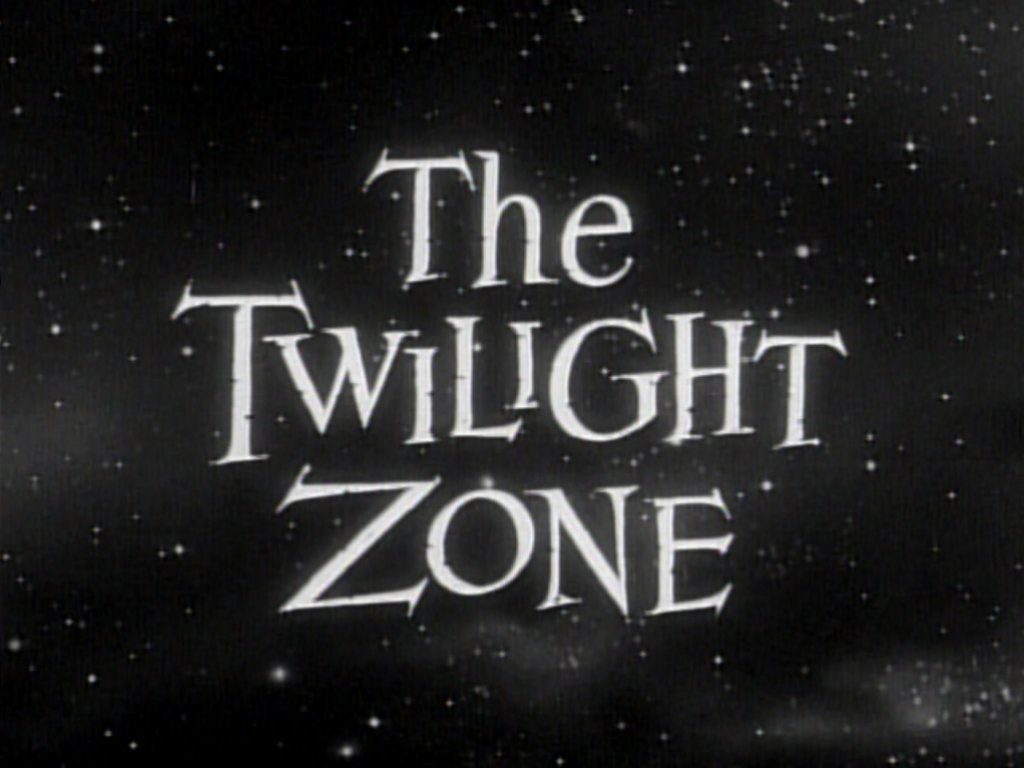 Imagine, if you will, a man. A man who is excited for the future. The future of beer. The future he craves that has consistent, well-made beers in every glass. A man consumed by desire. But is the future that he wishes all that he wants it to be. What if that future was to become all too real?

A lady in a long skirt and button-up cardigan is making breakfast. Her husband sits at the table. Smoking a pipe and reading the paper.

Well would you look at that. Another brewery sold to a big company.

Honey, that’s the third this week. Aren’t you a little worried about what’s going to happen?

Well, it’s just that there are an awful lot of breweries selling these days. Sometimes I wonder…

(she trails off, looking into the distance)

You wonder what, darling?

Oh nothing. I’m just being silly. Now eat up. You’ll be late for work!

We see the husband from earlier.  He’s pacing. A knock. The door opens.

Frank, I can hear you pacing from out there. What’s the concern?

Not concern Jimmy boy, excitement. Excitement for the  future. Did you hear?

Yeah I heard. Aren’t you a little worried, what with all these buyouts and all. We might just be losing something special with each one.

You’re as bad as Susan. Worrying about this and that. Not seeing what we have right here in front of us. The world is changing and more and more exciting beers will be right at our fingertips. Each one consistent, and with a great supply chain.

Boy, you’re really jazzed about this aren’t you old friend. What do you say we go for a drink after work to blow off some steam.

Jim, that’s the best thing you’ve said all day. I reckon I’ll make mine a…

Haha you don’t even need to say it.

You know what barkeep, this sale is a great thing. The consistency, the supply chain. Really it all just makes sense.

I don’t know Frank, I’m worried. I might end up pouring a whole lot of beer from the same company. I might find that a bit boring.

Haha, you are just like everyone else. Relax fella. It’ll all work out. And for the better. You’ll see. In fact, sometimes I wish all the beer was owned by the same company. Think of the consistency, the supply chain. All those small businesses that will get a big pay cheque as a result. Boy I bet that would be a swell situation

You know Frank you oughta be careful what you wish for.

Later that night, Frank stumbles from the bar and into his car. He waves goodbye to Jim, mumbling something about consistency.

Driving. His eyes droop, his car drifts to the side of the road. He wakes with a start just in time to see the tree his car slams into. (Fade to Black)

Closeup on Frank’s eyes, they open slowly, wearily. He’s back in the bar. He looks around and realises he must’ve had a few too many drinks. He feels ok and it doesn’t look like anyone has noticed.

(shakes his head out)

Well might as well have another for the road.

(walks to the bar)

Frank, good to see ya. It’s been ages. How ya been?

You sure, pal? Say, are you ok? You look like you’ve seen a ghost.

(he looks at the beer taps)

Have these changed? I don’t recognise these at all?

Where’ve you been Frank? Did you get a bump on the head? These are all of the new beers. Owned by the same company. I tell you what, they are all consistent. And because of the improvements in the supply chain, they are available everywhere. Everywhere you go you’ll get the same consistent beers. Frank, you were right. It’s a great time for beer.

I’ll take whatever you recommend then chief.

Not very tasty, is it?

What do you mean? It’s made the old way, to the old styles. It says it right there on the label. It’s consistent. You don’t like consistency? What are you complaining for? Didn’t you wish for this?

(A chair drags, a customer stands)

Say, Frank, you don’t like consistency. This is what we wanted all along. You better keep quiet or you’ll get a knuckle sandwich. How will that be for consistency?

No trouble buddy. I don’t want no trouble.

He rushes from the bar, he looks around at the street. It’s daylight. He looks for his car. All the cars look the same.

You ok there champ?

All owned by the same company. They are consistent. You got a problem with consistency?

(swallows while looking around)

As a matter of fact, I think I do.

(yelling to someone else)

Hey, this guy here has a problem with consistency.

Is that right? Well looks like we’ll have to give him a consistent lesson.

Frank turns and runs. He runs past rows of cars all the same and for the first time notices everyone is dressed the same.

(yelling to no one in particular)

AM I CRAZY, WHAT IS HAPPENING

Frank runs all the way home. We see his wife, in the kitchen, as Frank bursts through the door.

Frank! You look like you’ve seen a ghost, is everything ok?

I don’t know honey. I don’t know. Maybe I have. I think I just had a bit too much to drink. Say, what’s for dinner? Because I could sure use a nice steak.

All the farms were bought by big-chicken. There’s no more steak. Just chicken breasts. All the same size. Consistent, just like you always wanted. And the supply chain, well the supply chain is just excellent…

Frank. P. Pearson. A man who got what he wanted. A man who wanted too much and could never go back. Did he die in that car? Was he just dreaming. I guess some questions can never be answered, out here, in the Twilight Zone.

The camera zooms on his face as it fades out.