The head brewer of new Canberra brewing company, Capital Brewing, hopes their beers are so good they’ll erase any memories of those boring high school visits to the city.

“Canberra has a weird negative perception. If you ask when the last time people were there it’s always when they were in school and it was for Questacon or something. But there are really a lot of cool people doing really cool things. They put a lot of work into their coffee, homebrew and food.

I hope our brewery opening up there will help entice people,” said Capital Brewing’s Wade Hurley. 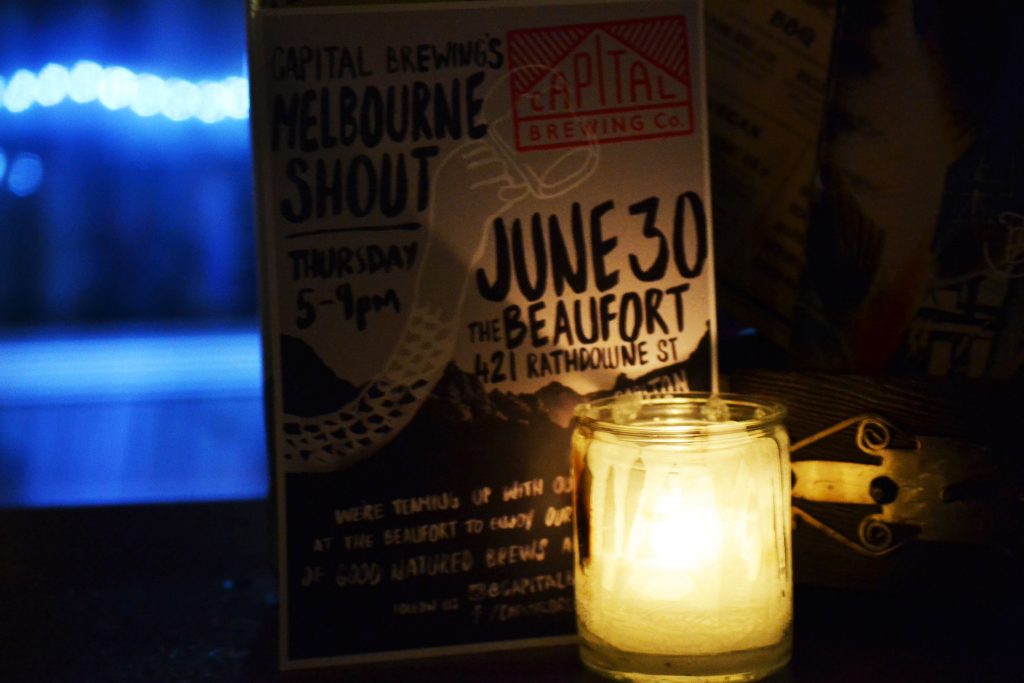 “I want to be known for big bold IPA, as well as doing some interesting barrel aged stuff. I want to do some sours, some barrel aged stouts and also have a good core range of sessional beers.  Beer that has a little bit of something for everyone but stands on the more flavoursome side of the ring. And I really want to make true west coast style IPAs. I feel like it’s my duty being from San Diego.”

With three core beers for a start, the first WCIPA will be launched as their next seasonal. For now they have launched with Coast Ale (California Common style), Trail Pale, and Evil Eye Red IPA; while their first seasonal is a coffee stout.  Designed for winter, it was made in conjunction with Canberra coffee roasters, Barrio coffee. They also used chocolate wheat malt to give a more rounded flavour, while the coffee was initially added as a whirlpool addition.

“I had never really heard of anyone doing that, and honestly I was a little worried about it because I thought that boiling full beans for a long time my bring out some really weird vegetal characters,” Hurley said.

Cold brew was then added just before kegging. The result is a dominant coffee nose, with a surprisingly mellow and delicately smooth coffee flavour.

Capital Brewing launched in Canberra in April, with the involvement of the team behind Batlow Cider, along with other Canberra locals. Hurley met one of the founders in San Diego and struck up a friendship. After paying a visit to assist with their planning he was offered a job and made the decision to move out to Australia.

Currently gypsy brewing out of HairyMan brewery in Sydney, their own brewhouse is currently under manufacture by Premiere Brewing in San Diego and is a similar set up to the Coronado brewkit that Hurley previously brewed on. While he’s enjoyed gypsy brewing in Australia, he’s excited to get his own kit up and running.

“When I do those beers I want to have full control. So for me gypsy brewing is a weird grey area where it’s really fun and I’m meeting cool people but at the same time I’m kind of a control freak and I want to be there from the day the beer’s made and do everything in between. There are so many things happening just while the beer is fermenting, or when it comes to kegging or dry hopping the beer”.

Nearing the end of their launches along the East Coast, they have a “Meet the Brewer” at Young and Jackson’s in Melbourne’s CBD tonight (at time of writing), and a Tap Takeover next week at Sydney’s Local Taphouse.