When I first bought a bottle of this beer, I spotted what I thought was a Best By date that had passed.

While it has the date clearly stamped on it, it also has another sticker from the importer stating when it was brewed (December 2013) and says “Best Before Date is not the expiry date. Indicates max. brewery freshness”

I thought that sounded like a bit of an excuse for this beer taking some time to get to me – across the pacific, albeit to the distributors credit, in refrigerated containers.

So I cautiously sat to write this praising them for being transparent but also questioning the discrepancy in dates.

The date on that bottle, and the one I’m currently drinking:

But this is an American beer.

It’s not last month, it’s next month… And now I feel a bit foolish.

Then I saw this video showing how they arrive at their bottling dates at Deschutes:

And I realised all is right with the world.

Experience IT, the distributor cares about the beer they are bringing in. I’m drinking beer deemed by the brewery themselves to still be in it’s best condition, and it is a solid win for quality control and transparency

Which makes this a lot easier to talk about, considering it was a gift from the distributor after some recent discussions about podcast guests. (watch this space). 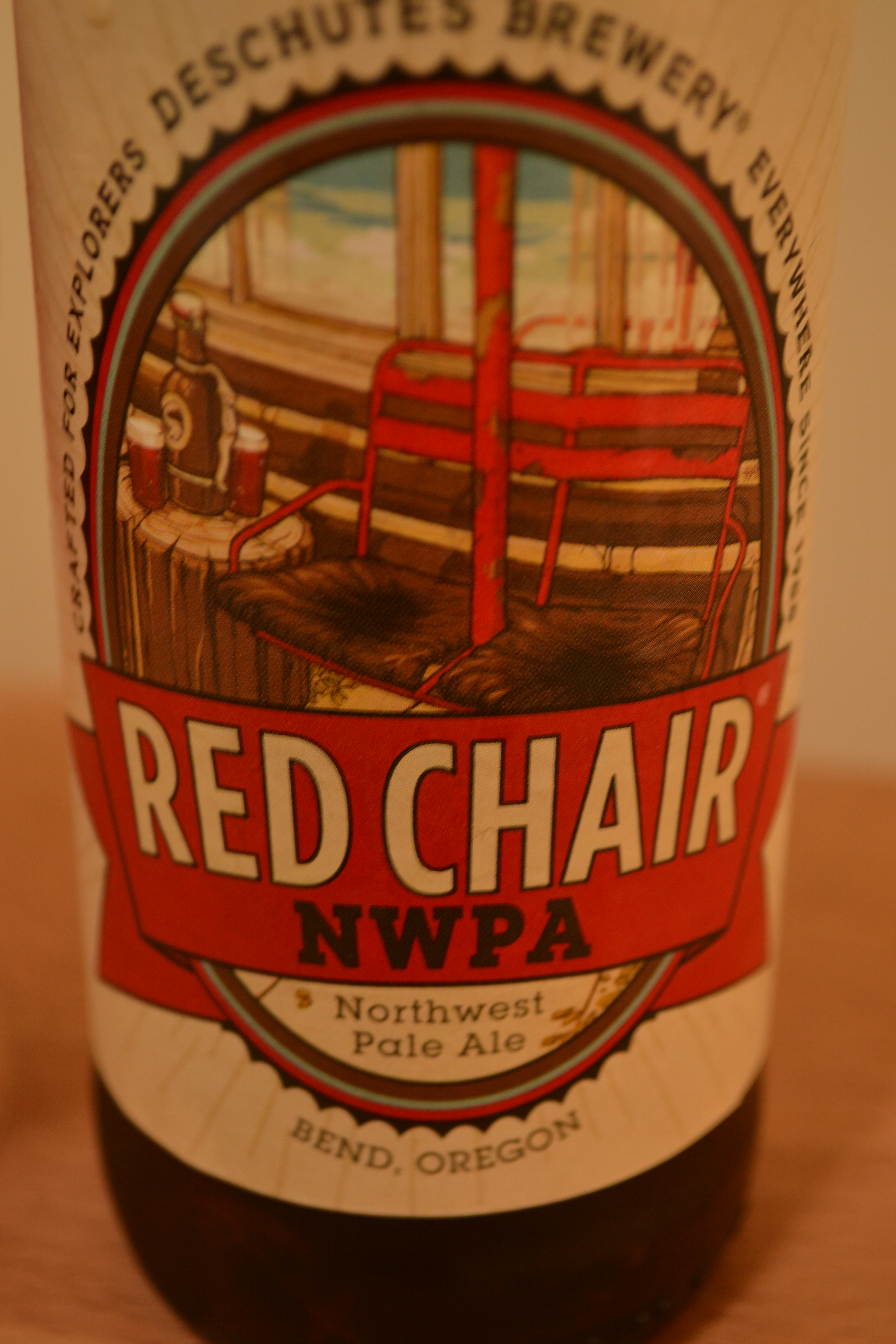 Deschutes is definitely one of the more well-known US breweries. Their Black Butte, and various vintages, is coveted and loved by drinkers across the world.

It was one of the breweries that I was excited to see arrive here and one I didn’t think we would ever see. As the video above says, fresh is important to these guys and it’s hard to guarantee over such vast distances.

Experience IT, however, is doing excellent work guaranteeing freshness across their range. Refrigerated shipping and warehousing has led to them being almost the gold standard for Australian distributors.

Recently they almost added Stone Brewing to their roster – which is one of the most sought after fish in the pond. Unfortunately there was some bad communication internally at the brewery and as Australian beer lovers waited with anticipation they saw the deal crumble in real time via Twitter.

A shame for Experience IT, but in my eyes not a huge loss as their range is exemplary and currently contains quite a few of my favourite beers (Oakhams, Clown Shoes, Birra Del Borgo, Sixpoint, Jester King, Moor… the list goes on)

The beer I’m focussing on today is the Deschutes Brewery Red Chair NWPA. The NW in this case stands for Northwest Pale Ale; but if I was to hazard a guess I would say it might be a geographical play on the term “New World”

The bottle says Pale, but their site says “Pale, IPA”.

Here is a video talking about the beer and the name:

The label is one of those classic beer labels – oval image with a banner at the bottom displaying the beer’s name.

The picture has a picture of a retired ski chair (red of course) in a lodge with a snowy day outside.

The beer itself is copper, clear with some yeast floating about at the bottom that is solid enough not to cloud the beer. The head is solid and bright white.

It smells like sitting under a lemon tree, rubbing one of it’s leaves between your fingers.  As it warms, the malt plays a bigger part  and gives it a caramel honey sweetness. 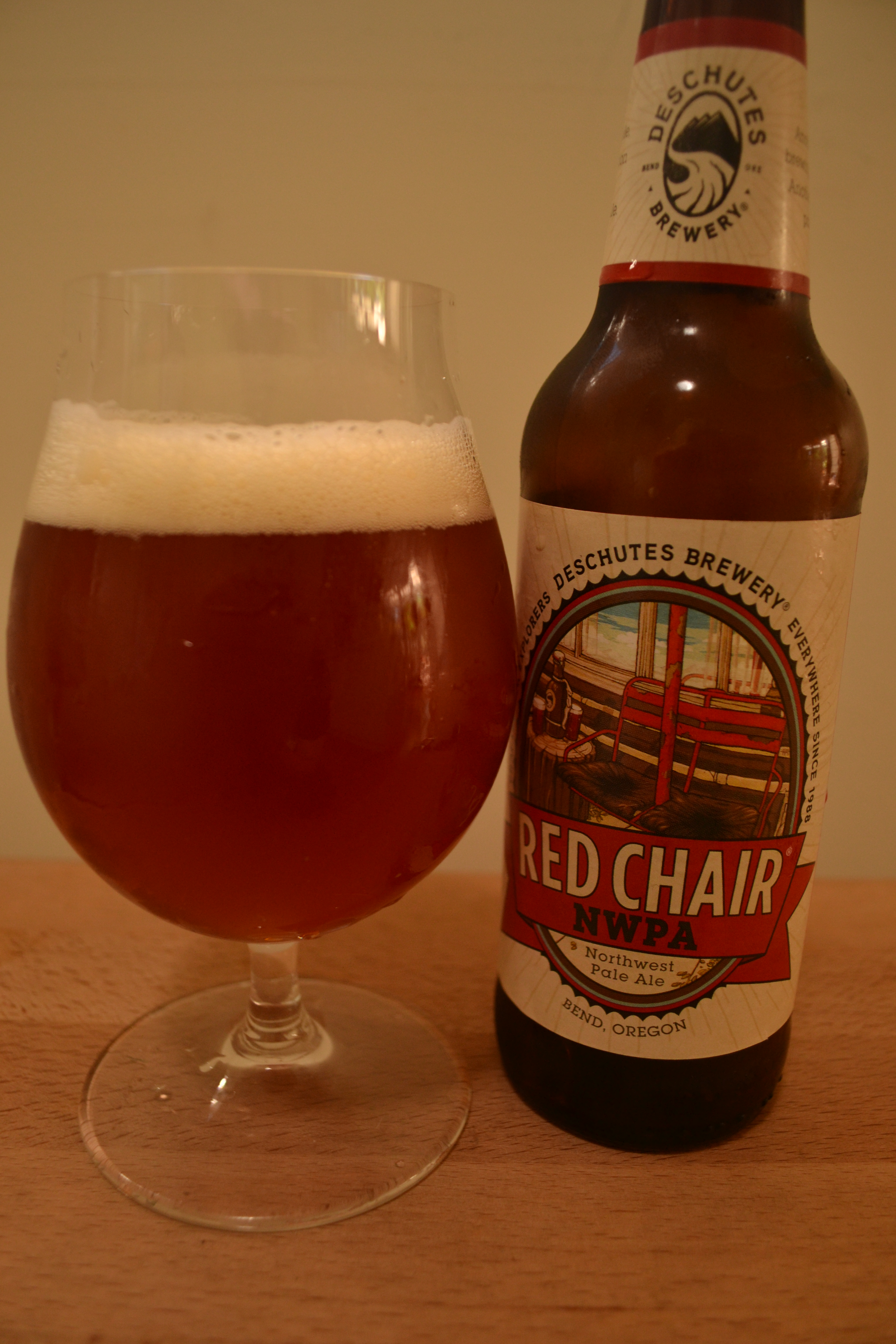 Copper coloured bitterness, grassy and gentle citrus; crisp but lingering. For my palate the bitterness is a bit too heavy-handed at the end. Not as refined and subtle as the aroma suggests.

Again – as the beer warms into itself, the malt kicks into gear and a sweet edge helps plane away some of the bitterness.

The citrus hop and bitterness, along with the gentle malt lends it to being a great beer to pair with food and it would go nicely with a winter meal. A great first beer as you ease yourself into the night.

It would pair equally well with spicy food, as it would richer meaty dishes.

I enjoyed this beer. I did find it more bitter than the 60IBUs suggested and initially I thought it was too much and I would still like to taste a more dialled back version.

A slightly gentler finish would make this beer really work for me.

In saying that, it did win “Best Beer” at the 2012 World Beer Awards and it is currently 99/99 on Ratebeer, so I obviously don’t speak for everyone.

Here is where I would recommend similar beers but this one has left me a little stumped. It borders on a red ale, not quite an IPA, not a pale.

As the video above says, it certainly is unique.