The Stories of Ken Grossman and Luca Turin

There’s something exciting about people who have passion, enthusiasm and the willingness to take risks to produce the best they can.

Two people who I would put into that category are Ken Grossman, Sierra Nevada Brewing; and Luca Turin, controversial scientist, perfume reviewer and subject of the 2002 book The Emperor of Scent: A True Story of Perfume and Obsession..

Grossman’s recent book, Beyond the Pale: The Story of Sierra Nevada Brewing Co, chronicles his story in starting one of the most recognisable beer brands in the USA and increasingly the world.

While beginning dryly, suffering from a case of simply detailing the steps leading up to the creation of Sierra Nevada, it becomes an instruction on building a brand, both his own and the one we know now as “craft beer”.

It’s also an absolute must read for anyone even considering starting their own brewery. 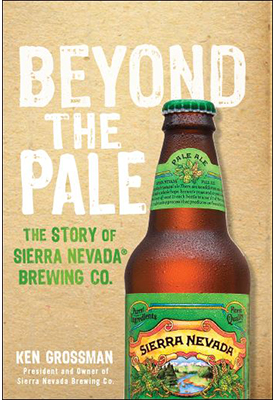 Beyond the Pale is also a lesson in one thing that many brewers increasingly seem to forget; consistency. Grossman talks about the number of batches he put through his piece-meal system before being comfortable enough to sell the beer.

It’s no accident that Sierra Nevada is synonymous with the current beer movement and there’s a reason why many brewers around the world cite Sierra Nevada Pale as their most influential beer. While other companies cut wages, costs, and benefits, Sierra Nevada places their workers well-being first and Beyond the Pale gives an incredible and direct insight into what makes that important to Grossman and the Sierra Nevada brand.

The nature of business, with all the pitfalls involved, expanding, while growing in volatile economic conditions are presented as a precise case study and evolve into a fascinating and enjoyable read for anyone with an interest in business or beer.

Luca Turin and Ken Grossman, on the surface, are light years apart.

Turin, a biophyiscist, is famous for controversially re-proposing the theory that we smell vibration, rather than the shape of molecules.

Historically there have been two schools of science when it comes how we process smells. The “shapists” had all but won the debate over the “vibration” camp, up until Turin came along and fiercely put vibration back into people’s minds.

Detailing Turin’s work, Chandler Burr’s The Emperor of Scent, is often science heavy but easily drags you along with Turin’s journey, and given the nature of Turin’s theory it could be nothing but heavy on science.

Burr does his best to explain the details of the physics, chemistry and biology to the layperson but admittedly left this reader  a little lost. 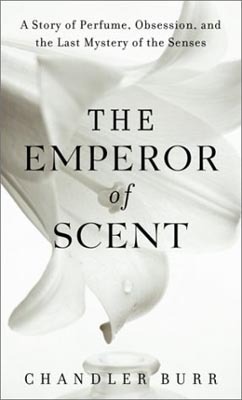 Turin’s challenging ideas cross so many disciplines that his peers, mentioned and interviewed in the book, appeared to be afraid to touch it and maybe he lost them too; or maybe it’s as both Turin and Burr conclude, they simply have too much to lose.

If you stake your entire career on the shape theory, and it turns out to be wrong, what credibility do you have left?

What excites me most about Luca Turin is not the science or the theory, but his poetic prose. It’s easy to assume a scientist fluent in the languages of many fields would have trouble with something as flowery (pun intended) as perfume reviews, but Turin is also the author of Parfums: Le Guide and Perfumes: The A to Z Guide.

Think of those as a Michelin guide to perfume, but no Michelin reviewer could even come close to his perfect sensory interpretations of something as precise as perfume.

An example, cited by Burr:

…its central white note, caressing and slightly venomous, like the odor of a peach stone, imposes itself immediately and retains its mystery forever.

Its seamless silvery form, initially hidden by white powdery notes, soon pierces the clouds and gains height by the hour

The former was regarding Vetiver (by Guerlain) and the latter Rive Gauche (Yves Saint Laurent).

While I’ve not read his books of reviews, the effectiveness and evocativeness of his writing makes me want to seek them out and read them cover to cover. Something I did not think I would ever say about a guide to perfume.

As this is a beer blog, here is what Turin says of Rodenbach, again as recounted as Burr;

I will pay great sums to consume Rodenbach, which is a miracle of a beer from Belgium. A miraculous powdery apple flavor. Those Rodenbach yeast have an IQ of at least two hundred. Fucking genius yeast.

Both men, Grossman and Turin, are pioneers in their field. While Turin’s theory is still a long way from being accepted (although recently more evidence has appeared to support his case), Grossman has long crossed the bridge of approval.

Hopefully one day Turin will cross the same bridge and maybe, just maybe, one day I can share a beer with them both and learn about the aromas. From their birth in the brewhouse,  to the science accompanied by a perfect poetic description..

Beyond the Pale: The Story of Sierra Nevada Brewing Co by Ken Grossman, is published by Wiley.

The Emporor of Scent: A True Story of Perfume Obsession by Chandler Burr is published by Random House Trade Paperbacks.